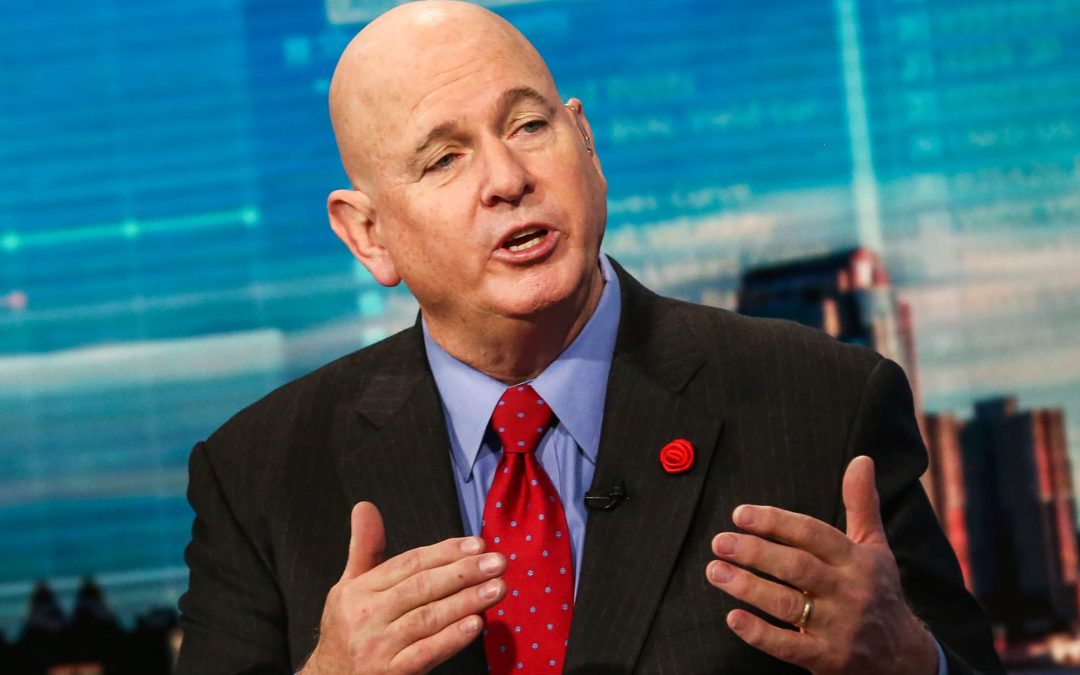 The hedge fund model has been under attack for decades, at least since the financial crisis, but assets under management continue to surpass records. Christopher Ailman oversees the nation’s second-largest public pension fund, CalSTRS, with $300 billion under management. Here he is, in conversation with Leslie Picker, on the high price of delivering alpha.

The content below has been edited for length and clarity by Ritika Shah, producer at CNBC.

Leslie Picker: Chris, I want to ask you point blank, in your estimation, do active managers deliver alpha?

Christopher Ailman: I have been hiring active managers since the mid-1980s, and at very different funds. Now, they were all government plans so that may be a caveat I have to add. Our active managers in U.S. equities added value, and they did produce alpha, but not after fees. And that’s the critical point. I think alpha is expensive, it’s hard to find, but they price it too high. And so the net even over a year, three years, five years, even a 10-year time period, we seldom saw managers consistently add value net of fees.

Picker: So, if hedge funds were to lower their fees, how low would they have to go to entice you to put more money to work in that area?

Ailman: Well, I’ve said a long time ago that I think the 2-and-20 model in private equity real estate and in hedge funds is broken. And for a fund like us that’s that size, we’re not paying that classic 2-and-20. So that’s part of the key. And I’m a fan of profit sharing, I think that an incentive for the manager and sharing in the profits makes sense. The problem is, it’s always one way. They share on the upside, they don’t get hit on the downside. And we haven’t figured out a way to create a good plan for that.

Picker: Why is it that the industry hasn’t gotten as much of a pushback on the 2-and-20 model? Why is it that you seem to be having kind of a more contrarian viewpoint on that front? I’m sure people don’t like paying the 2-and-20, but they continue to do so.

Ailman: I have to say, number one, good marketing, but it’s also the cool place to invest. People love the idea of being in a hedge fund because it sounds mysterious and awesome. Hedge funds did really well in the late 90s because they diversified away from TMT, they did well going into ’07, but the best performers were the smallest funds that could add value. When you’re a huge investor like us, we’re going to swamp their AUM and cause them to really be investing in more strategies than they want. So I think that the assets are going to continue to grow for this area. One, because it’s an interesting place to invest, it sells, it has a good sales pitch. That doesn’t mean it’s gonna produce long term sustainable results.

Picker: I want to pivot a little bit and talk to you about what the hedge fund industry has experienced this year. I mean, they were the disruptors of Wall Street three decades ago. And now, they’re really playing defense to a crop of new disruptors from retail traders, who don’t charge 2-and-20. They’re able to take as much risk as they want, because they’re only worried about their own capital, they don’t have to worry about losing CalSTRS’ capital or family offices’ capital. Do you think this will mark changes for the hedge fund industry? Are we gonna look back and say this was where the sea change happened.

Ailman: The answer is yes, Leslie. I think for a really brief period of time, the hedge fund industry was viewed as cool and those people were awesome. They just got tarnished, and they are despised. I’m not surprised to see all the young people want to take an ounce of flesh out of the hedge fund industry. People in their 20s and under don’t like the establishment. I was in the baby boom, we didn’t like the establishment, now we are the establishment. So I don’t think it’s going to get rid of hedge funds. But I do think that, you know, this actually a really interesting change that we’re seeing. You said it, their transaction cost is zero. They’re able to trade stocks at no cost. They’re able to do it on their phone, anywhere they are. So the efficiency and the efficacy of what they’re doing is so fast. Now, they are speculating and they are just rapid trading, so they’re not investing. But some of the different apps that have been created to force this generation to save, I think that’s huge. In prior generations, people didn’t begin to look to invest until their 40s or 50s. You’ve got an entire generation that is now saving for the first time. And yeah, they’re speculating, they’re investing in cryptocurrencies. Speculation by itself is not good and they’re gonna learn some hard lessons, but they’re starting to save and that’s enormous. Now, if they can figure out how to do it for the long term and get compounding of interest, they’re going to really be a bit better off as a generation.

Picker: There have been some people who’ve said that the speculative activity out there has been disruptive, and it has impacted confidence in the overall market. So do you think that this type of behavior needs to be regulated?

Ailman: I would say no, not at all. The market’s going to self correct. We saw that in the 1990s with media, telecom, and technology stocks. You can go all the way back to the Dutch tulip craze in the 1500s. You see periods of rampant speculation, exorbitant prices, ridiculous prices, the markets correct and it comes back, people learn a hard lesson. Maybe there needs to be some regulation over these communication networks and this sort of, what was clearly a crowd, herd mentality that seems to go on when you have daily trading that are five times the amount of the float of a stock. Short squeezes have been in the market all the way back to the 1930s and 20s. So it’s a natural part of the market. This is unusual, it’s disruptive to, I’ll just say, mature people like me who like a stable market, but it’s not bad. It’s getting that young crowd engaged and active, and learning the risk tolerance.