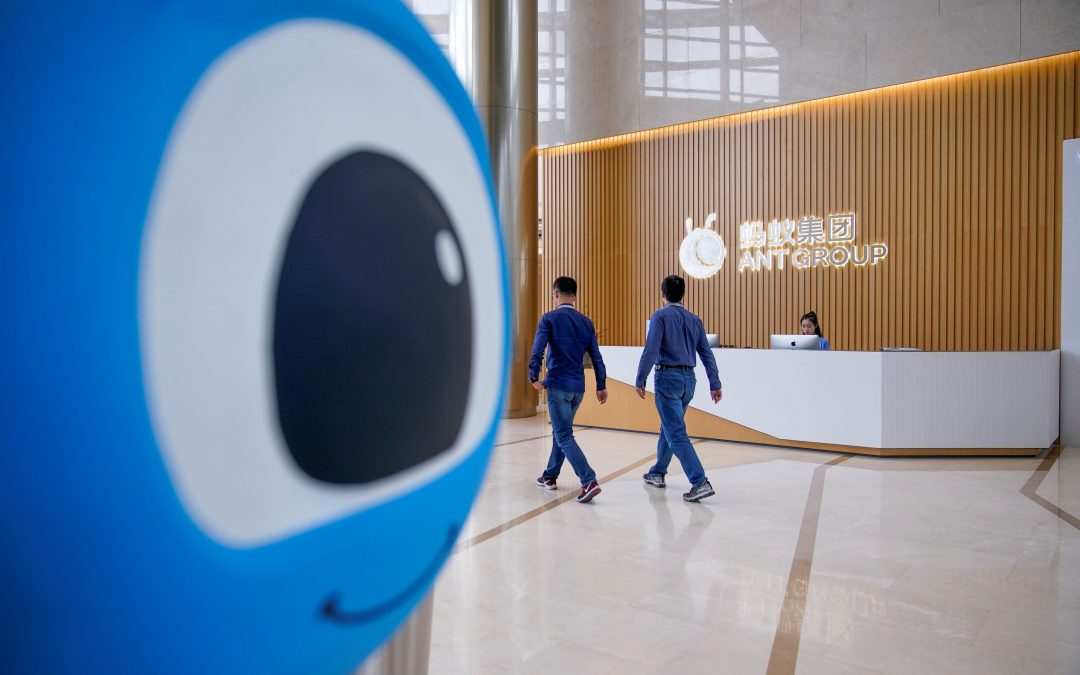 A logo of Ant Group is pictured at the headquarters of the company, an affiliate of Alibaba, in Hangzhou, Zhejiang province, China October 29, 2020.

BEIJING — Ant Group, an affiliate of Alibaba, is becoming one of the first major privately run businesses to work with China’s digital currency trials.

MYbank — an online-only bank in which Ant has a 30% stake — is allowing some users to link their accounts with China’s digital yuan app, state-backed China Securities Journal said Monday.

The new feature is accessible to some users through Ant’s Alipay app, another report from the journal said. Alipay is one of the two primary mobile pay apps in China, where using smartphones for daily payment transactions is the norm.

In the last year, the People’s Bank of China (PBOC) has distributed several million dollars’ worth of a digital yuan through an app that is connected with the six major, state-owned banks. These tests have allowed selected users to buy products from participating brick-and-mortar stores and JD.com‘s e-commerce app.

Ant did not confirm the exact nature of its participation in the digital currency project, but said that along with MYbank, the group would be involved with trials and research around the digital yuan — also called e-CNY — according to a statement.

“As one of the participants in the trial of the e-CNY, Ant Group’s associate MYbank will steadily advance the trial pursuant to the overall arrangement of the People’s Bank of China,” the company said. “Ant Group, together with MYbank, will also continue to support the research, development and trial of PBOC’s e-CNY.”

MYbank said it had more than 35 million small business and individual clients as of the end of last year, marking growth of 68% from the year before.

It was not immediately clear to what extent MYbank users could transact in the digital yuan.

The news comes as Chinese authorities seek to encourage spending through shopping festivals this month in Shanghai and other cities, where state media said some merchants are accepting the digital yuan.

Reuters reported in late February that MYbank and WeBank, an internet bank backed by Tencent, were joining the central bank’s digital currency pilot.

Chinese media noted on Monday that WeBank accounts were not yet activated for use with the digital yuan app. A representative for WeBank did not immediately respond to a request for comment.

Unlike internationally popular cryptocurrencies like bitcoin, China’s digital currency is controlled by a single authority — the central bank.