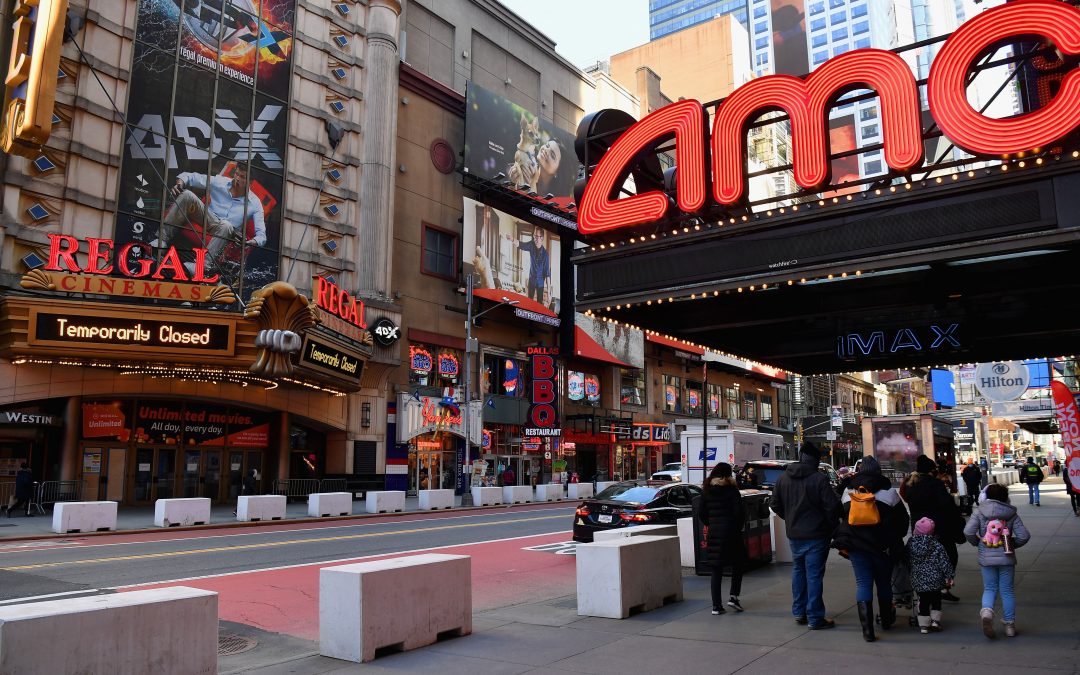 The AMC Empire 25 near Times Square is open as New York City’s cinemas reopen for the first time in a year following the coronavirus shutdown, on March 5, 2021.

It’s been quite the week for AMC Entertainment and other meme stocks as frenzied trading inspired by Reddit’s chatrooms swept through Wall Street yet again.

These speculative stocks are swinging wildly on Friday but still will be wrapping up the wild week with massive gains.

AMC shares last traded 3% lower on Friday after dropping 18% in the previous session. The stock is still up nearly 100% on the week. Bed Bath & Beyond and BlackBerry fell 4% and 7% respectively. BlackBerry is still up 45% on the week. The original meme stock star GameStop dipped 2% Friday after gaining 16% this week. Trading has been relatively quiet for GameStop as of late as AMC captured most of the attention.

AMC is wasting no time in taking advantage of its massive rally and raising new capital. CEO Adam Aron asked shareholders in a YouTube live chat Thursday night to allow his company to issue up to 25 million more shares. This came after AMC sold 20 million shares in two separate deals over this past week, generating around $800 million in cash.

The first transaction involved Mudrick Capital, which paid more than $230 million for 8.5 million shares. Then, AMC revealed Thursday that it had sold an additional 11.5 million shares for $587 million.

Trading volume in AMC and other meme stocks exploded this week as retail traders on the infamous WallStreetBets forum continued to encourage each other to pile in. AMC and Blackberry both traded over 500 million shares on Thursday, becoming the two most active stocks on the Nasdaq.

The frantic trading frustrated many Wall Street analysts who predict stock prices based on companies’ fundamentals. Bank of America analyst Curtis Nagle threw in the towel on Beth Bath & Beyond on Friday, moving the stock to a “no rating.”

“BBBY’s share price increase corresponds to big moves over the past week with ‘meme stocks’ such as GME, AMC and BB,” Nagle said in a note to clients. “As a result, we move to No Rating as we believe shares of BBBY are no longer trading on fundamentals. Investors should no longer rely upon our previous investment opinion or price objective.”

Bank of America also terminated coverage of GameStop, citing a reallocation of resources.

Short-covering could be at play again for these speculative names favored by Reddit traders. AMC has around 18% of its float shares sold short, versus about 5% for an average U.S. stock, according to data from S3 Partners. This week’s rally pushed short-sellers’ losses to more than $5 billion on the year, S3 data showed.