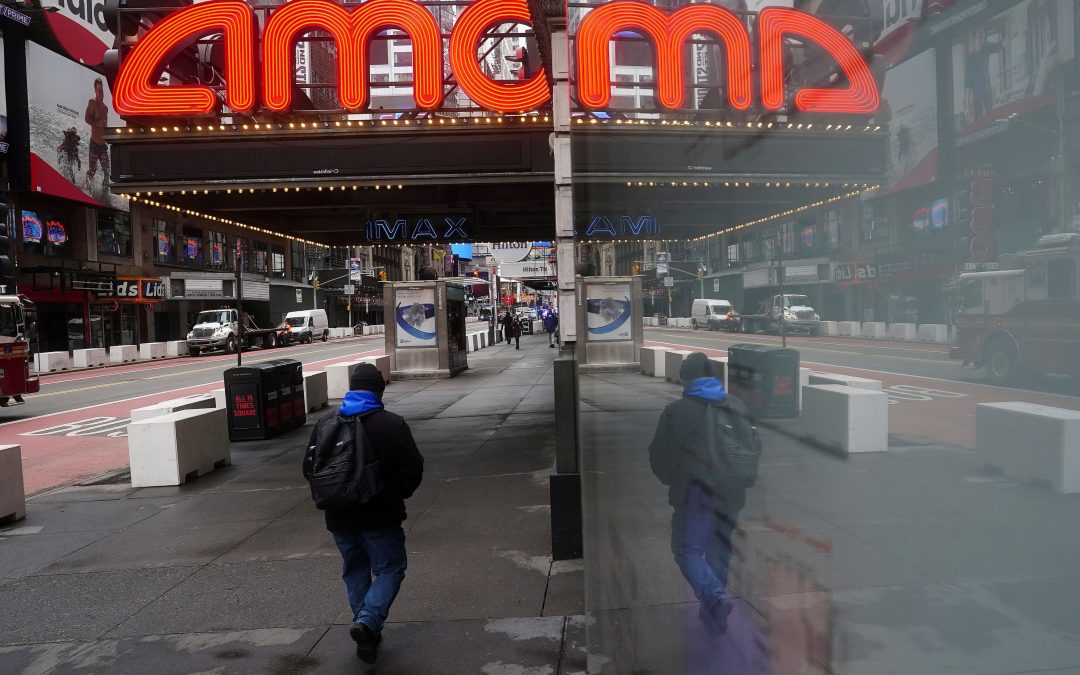 AMC Entertainment (AMC) – AMC surged 23.7% in premarket trading following yesterday’s 22.7% jump. That came after the movie theater operator raised more than $230 million in a share sale to hedge fund Mudrick Capital, which is said to have immediately sold those shares at a profit.

Lands’ End (LE) – The apparel retailer reported an unexpected profit of 8 cents per share, compared to a consensus forecast for a 29 cents per share quarterly loss. Revenue also exceeded estimates, helped by a jump in digital sales. Lands’ End surged 6.6% in premarket trading.

Ambarella (AMBA) – Ambarella beat estimates by 6 cents a share, with quarterly profit of 23 cents per share. The maker of video chips and components also saw its revenue beat Street projections, boosted by strong growth in the company’s automotive business. It also gave an upbeat outlook. Ambarella rallied 4.9% in the premarket.

Advance Auto Parts (AAP) – The auto parts retailer earned $3.34 per share for its latest quarter, beating the consensus estimate of $3.08 a share. Revenue came in above estimates as well. Comparable-store sales increased 24.7%, slightly better than the 23% consensus estimate. Advance Auto noted sales strength from both do-it-yourself and professional customers.

Etsy (ETSY) – The online crafts marketplace announced a deal to buy fashion resale company Depop for $1.625 billion. London-based Depop will continue to operate as a separate marketplace after the deal is completed. Etsy rose 1% in the premarket.

Zoom Video (ZM) – Zoom came in 33 cents a share ahead of estimates, with quarterly earnings of $1.33 per share. The video communications platform company’s revenue beat analysts’ forecasts as well, and the company gave upbeat guidance even as more people return to offices. Zoom shares gained 2.4% in the premarket.

Taiwan Semiconductor (TSM) – The chip maker has begun construction at a new chip plant in Arizona, according to Chief Executive Officer C.C. Wei. He said the planned factory remains on track to begin chip production in 2024.

Cinemark (CNK), IMAX (IMAX) – Goldman Sachs downgraded both stocks to “sell” from “neutral,” saying an expected movie box office recovery in 2021 and 2022 is already reflected in the prices of both stocks and that there are “heightened risks” to that recovery. Cinemark lost 2.8% in premarket action, while IMAX fell 2.5%

Tesla (TSLA) – Tesla was reportedly told by the Securities and Exchange Commission, once in 2019 and once in 2020, that it had failed to properly approve tweets by CEO Elon Musk on two occasions. The Wall Street Journal cited documents obtained under the Freedom of Information Act, which point to one tweet about Tesla’s stock price and another about production levels.

Moderna (MRNA) – The drugmaker announced a partnership with life sciences company Thermo Fisher Scientific (TMO) to provide manufacturing and packaging services for Moderna’s Covid-19 vaccine as it seeks to ramp up production.

Scotts Miracle-Gro (SMG) – Scotts raised its full-year financial outlook, as it expects the pandemic-related boost in sales of lawn and garden products to continue even as the pandemic recedes. Scotts now expects full-year sales growth of 17% to 19%, compared to a prior estimate of 8% to 12%. Scotts shares added 1% in premarket action.