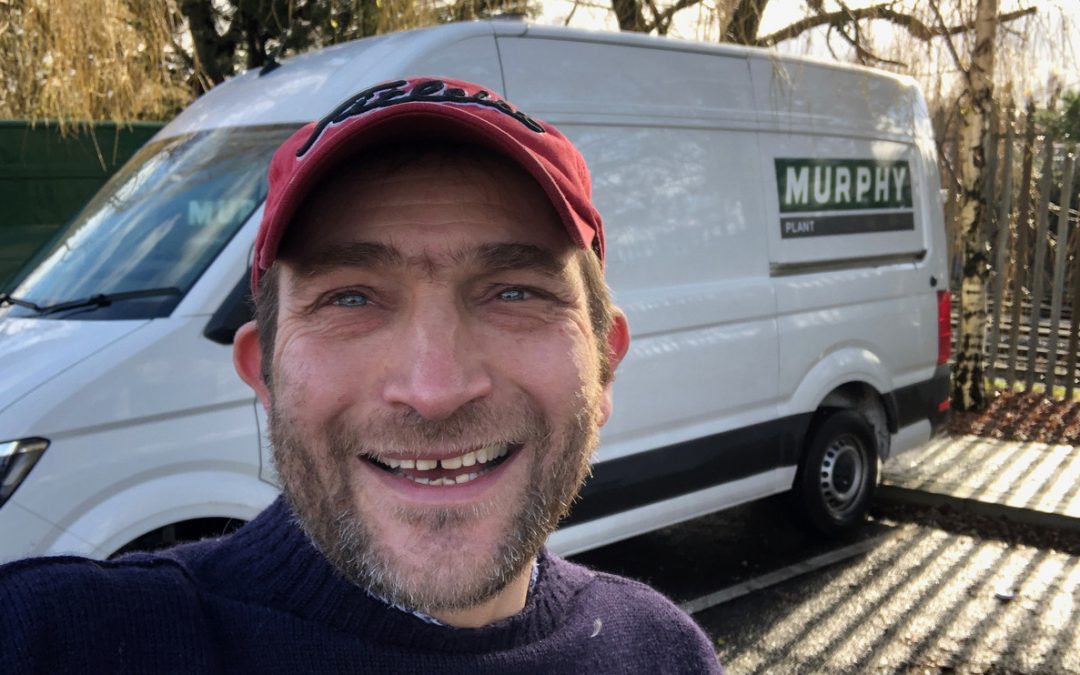 In the early days of the COVID-19 pandemic in London, Daniel Carrier suddenly found himself juggling two day jobs — the first as a reporter for a neighborhood newspaper, the other as co-founder and van driver for one of a growing network of food banks launched to help Londoners from all walks of life cope with the ravages of the disease.

The way Carrier sees it, the two jobs go hand in hand as he picks up interviews and story ideas along with the boxes of donated food he delivers in a borrowed white van. But he grapples with what he has witnessed — “amazing” generosity across local communities long rendered frail after years of government funding cutbacks, against a backdrop of anguish, sadness and panic as low-income families struggle to keep their heads above water.

While everyone in London has felt the pain of the pandemic in one way or another, “it is devastating for the poorer sections of our community,” he told me as he managed to chisel in some time to speak with me over Skype. “The poorer sections of our society have been hit hardest, without a shadow of a doubt, not just financially but also in terms of health.”

An easing of the U.K.’s national lockdown began this week, as schools and colleges reopened; as of Monday, care-home residents are allowed to receive a single, nominated visitor. As the pandemic enters Year 2, the U.K. is slowly attempting a return to a kind of normality with further easing of COVID-related restrictions on March 29, April 12 and May 17.

“
Camden is a mix of the poshest of posh mansions and high-rise housing projects, lush gardens and parks.
”

Prime Minister Boris Johnson plans to enter the final phase of lifting restrictions on businesses and movement on June 21, but all of these dates are changeable, depending on the rate of new infections and fatalities. This timeline leaves small-business owners, people who have been furloughed, or simply let go, in an ever-changing state of anxiety and hope.

Chancellor of the Exchequer Rishi Sunak unveiled the latest national budget on March 3, and appeared to acknowledge the widening gap between the rich and poor in the U.K., particularly after a year in which the country’s gross domestic product contracted 10%.

Though the budget — controversially — has granted a pay raise of a meager 1% to National Health Service workers, it also set in motion a new £4.8 billion ($6.7 billion) infrastructure spending program called “Levelling Up” for the most deprived parts of the country, and extends by a further six months a £20 ($28) weekly “top-up” provided at the start of the pandemic to individuals claiming state financial assistance under a program called Universal Credit.

The government, for its part, last year pledged a long-term funding bill of £34 billion ($47.4 billion) every year until 2024 — or £25 billion ($34.9 billion) in real terms. The bill places a legal duty on both the secretary of state and the treasury to uphold this minimum level of NHS revenue funding over the next four years. “I have heard loud and clear that the priority of the British people is the NHS,” Johnson said at the time.

From the vantage point of the borough of Camden — the north London district where Carrier lives and that I have called home as an expat Californian for the past 25 years — it is hard to see how much local impact Sunak’s budget will have toward bridging the class divide.

The borough is one of Greater London’s 32 local authority districts, with 270,000 residents crammed into nearly 22 square kilometers, or 8½ square miles. Camden is a mix of the poshest of posh mansions and high-rise housing projects, lush gardens and parks just minutes from the gritty music venues that brought Amy Winehouse and countless other budding stars to fame. Until recently, it attracted scores of tourists to its pubs and rows of quirky shops in Camden Town, and musicians who were inspired to sing about it.

A stroll along Camden Town’s deserted streets these days shows an economy on shaky ground — the trendy shops will remain closed until at least mid-April, after the easing of the second lockdown.

Even as the easing begins, Magnus Englund is among the Camden Market shopkeepers who doubts that business will return soon, despite landlords’ rent slashing and Camden’s local-government grant schemes.

“
In the five years before the pandemic, research found 7 in 10 children were from working families struggling to heat their homes.
”

“I’m not entirely relaxed about it. It depends really on the ongoing generosity of the Market landlord, who has been very realistic, which I see as a positive,” said Englund, who opened a shop in Camden Market Stables with his wife, Gjøril Reinecke, three years ago to sell gifts based on the Scandinavian “Moomin” cartoon. “Camden is very tourist dependent definitely, not just U.K. tourists, but overseas tourists, too — and that’s not going to return in 2021. I can’t see that happening really.”

He said in a Skype call that they have been able to keep the store afloat thanks to online sales, even as they, like other U.K. businesses, have faced twin challenges in the pandemic and Brexit.

That the local economy and its residents may face many more months of the crisis is tough on locals like Carrier, who believes that previous years of central government cutbacks to the NHS and other social services “have left us dollying along on a cliff edge.”

The Joseph Rowntree Foundation, a charity dedicated to reducing poverty in the U.K., found that in the five years before the pandemic, poverty rates — at 22% nationally — had already been rising among children and pensioners, with 7 in 10 children from working families that are struggling to heat their homes, buy essential provisions or pay rent. London has one of the highest poverty rates, according to the charity.

As for Camden, it is not among the poorest parts of the country — there are more than 100 other local authorities in line ahead of it to receive aid under Sunak’s “Levelling Up” plan. Even so, by the end of 2020, the number of people in Camden claiming Universal Credit shot up from around 7,000 to 20,000 in the 12 months to December 2020, according to a recent article in the Camden New Journal, the newspaper where Carrier has worked for the past 20 years.

Carrier wasn’t surprised that phones in the newsroom started ringing as soon as the pandemic struck the borough last March.

The newsroom, which has a decades-long tradition as a contact point for the community, was used to readers getting in touch in rough times, but this time was different, not just in terms of the intensity during this once-in-a-lifetime crisis. “I was getting calls from businesses saying, ‘We’re closed, and I’ve got 5,000 chicken legs in my freezer. Do you want them?’ ” Carrier recalled.

Within no time, one of Carrier’s numerous local mates helped him line up a van to start a new food bank with door-to-door deliveries for housebound residents. “We got a whole network up and running. It was the grassroots reaction to the pandemic,” he said.

He noted how donors ranged from his local Indian restaurant, which set up a Monday night free curry-delivery service for 50 families, to a wealthy Hong Kong–based entrepreneur who grew up in Camden and, after reading about the food bank, sent a truckload of food two months in a row. “Seeing pallets of cereal unloaded in front of a town hall is something you’d expect to see on foreign dispatches, not in the streets of Camden,” he said.

Yet, while weighing his words carefully, Carrier conceded that he has mixed feelings about the donations, including parcels left anonymously on his doorstep overnight containing diapers and other essentials for babies, which have been immediately dispatched to a handful of families.

As we wrapped up our call, he mentioned a story he has just written about the reopening of the Magdala Tavern, a famous pub at the end of my street that has been shut for years under threat of being redeveloped into luxury flats and will begin serving pints again in April. We pledged to raise a pint together there one day soon.

“There has been lots of really lovely help, but it is a bit heartbreaking,” he added, then wondering whether it is a kind of “Victorian paternalism” at play in 21st-century Britain, a thought that leaves him uneasy.

But it doesn’t take Carrier long to brighten up as we talk about the future, one that holds plans for a new food cooperative and other enterprises that will continue carrying on the community spirit of the pandemic. “I’m an optimist, and the day I can’t find a silver lining, you should be worried.”