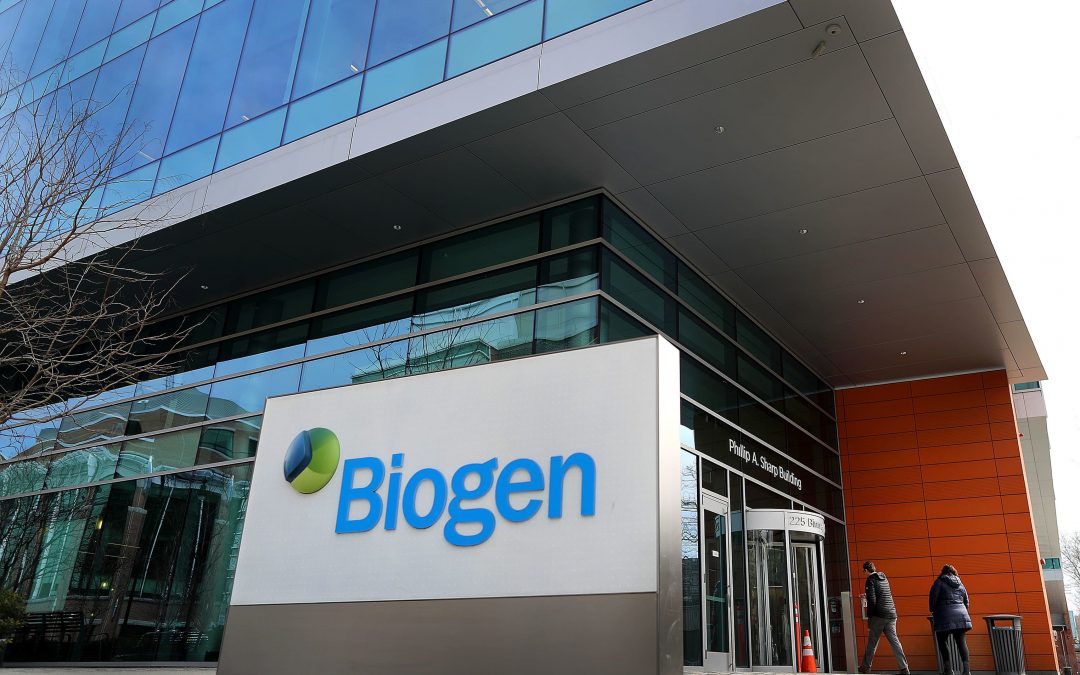 The exterior of the headquarters of biotechnology company Biogen in Cambridge, MA is pictured on March 21, 2019.

Biogen — Shares of Biogen shot up more than 40% after the FDA approved the company’s Alzheimer’s drug, the first new medicine for the disease in nearly two decades. Trading of Biogen was halted earlier on Friday when the Food and Drug Administration announced the news, and was paused again around 1:30 p.m. ET for volatility.

Eli Lilly and Company — The biopharmaceutical stock jumped 13% after the approval of Biogen’s Alzheimer’s medicine by the FDA. Eli Lilly is developing its own drug to treat Alzheimer’s.

AMC Entertainment — The meme stock jumped another 17% in heavy trading following an 83% rally last week. Enthusiastic retail investors continued to encourage each other to pile into the stock on social media platforms like Twitter and Reddit’s WallStreetBets forum. The Securities and Exchange Commission said Monday it’s keeping a close eye on the wild trading to determine if there have been “any disruptions of the market, manipulative trading, or other misconduct.”

Eli Lilly and Company — The biopharmaceutical stock jumped close to 10% after the FDA approved rival Biogen‘s Alzheimer’s drug, the first new medicine for the disease in nearly two decades. Eli Lilly is developing its own drug to treat Alzheimer’s.

Tesla – Shares of the electric vehicle maker are trading about 1% lower after the company said it has canceled production of the planned Model S Plaid+, which was designed to be a high-end version of the Model S. That development comes as North American automakers grapple with a computer chip shortage and other supply chain issues.

Peloton — Shares of the stationary bike company popped more than 6% after Loop Capital Markets gave Peloton a buy rating, saying recent weakness in the stock is overblown. The stock took a major step down in May after the company recalled its treadmill products, though the shares have since recovered from the sell-off.

Progressive – The insurance giant’s stock fell about 4% in midday trading after Morgan Stanley downgraded the stock to underweight from equal weight. With the return of car travel in the U.S., its analyst said, costs from additional auto claims and catastrophe coverage are set to rise. The firm cut its price target on Progressive by $5 to $85 per share.

U.S. Concrete – Shares of the concrete supplier soared 29% after the company announced it will be acquired by construction materials maker Vulcan Materials. Vulcan will be purchasing U.S. Concrete for $74.00 per share, a nearly 30% premium over U.S. Concrete’s Friday closing price of $57.14.