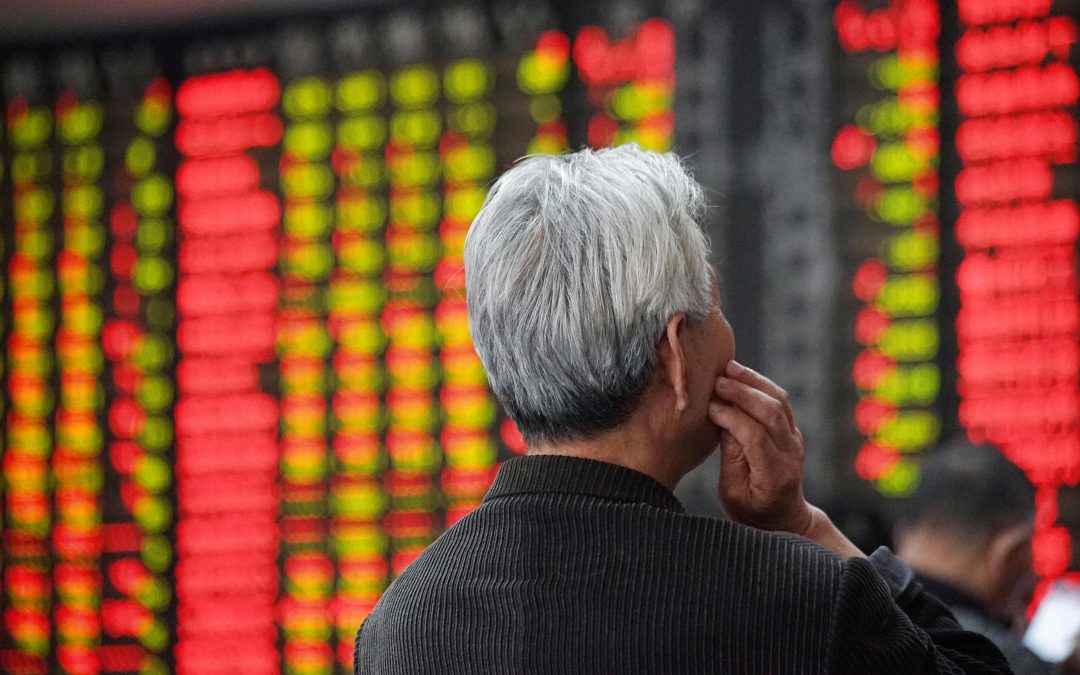 An investor looks at an electronic board showing stock information at a brokerage house in Nanjing, Jiangsu province, China.

BEIJING — Mainland Chinese stocks have tumbled in the last few days as authorities set at relatively low GDP target and signaled a shift away from policies meant to keep the economy afloat in the wake of the coronavirus pandemic.

The indexes rose on Wednesday after U.S. markets recovered overnight from a recent sell-off.

One is concerns over a rollback of supportive fiscal and monetary policy based on comments out of China’s annual parliamentary meeting; the other is the sell-off in the U.S. market, particularly in high-flying technology stocks, he said.

Top officials from the People’s Bank of China and banking regulator have warned this month about financial market risks. Their comments come alongside China’s biggest political event of the year, the “Two Sessions” parliamentary meeting.

As part of the gathering, Chinese Premier Li Keqiang announced Friday the country would target GDP growth of over 6% for the year, on the low end of many economists’ estimates. Li said no new bonds would be issued for responding to the pandemic and that deficit and inflation targets would be lower than last year.

In a report Monday, Citi analysts called the GDP growth target “very conservative” and said it would relieve pressure on policymakers to achieve fast growth, allowing them to take more stringent measures for containing risks in stocks and the property market.

As a result, they expect authorities will limit growth in lending, constricting the potential amount of capital that could go into buying stocks. The Citi analysts estimate the CSI 300 could fall 10% from its levels on Friday, March 5.

The CSI 300 was down about 4% from Friday’s close as of midday Wednesday.

Economists in China have been closely watching U.S. markets, where government stimulus and a rise in the U.S. 10-year Treasury yield have raised some concerns about risks of “imported inflation.” So far, domestic measures of such price increases remain muted. China reported a 0.2% decline in the consumer price index for February from a year ago and a 1.7% increase in the producer price index.

Instead, market strategists are pointing to longer-term opportunities in Chinese stocks given the recent sell-off and the announcement of details for the country’s five-year development plan that kicks off this year.

The development roadmap, known as the 14th five-year plan, intends to ramp up China’s technological abilities, increase the role of consumption in boosting economic growth and address issues such as China’s aging population.

Xuan Wei, chief strategist of China Asset Management, said in a note that in the mid- to long-term, he’s optimistic on investment opportunities in technology, consumer trends and medicine.