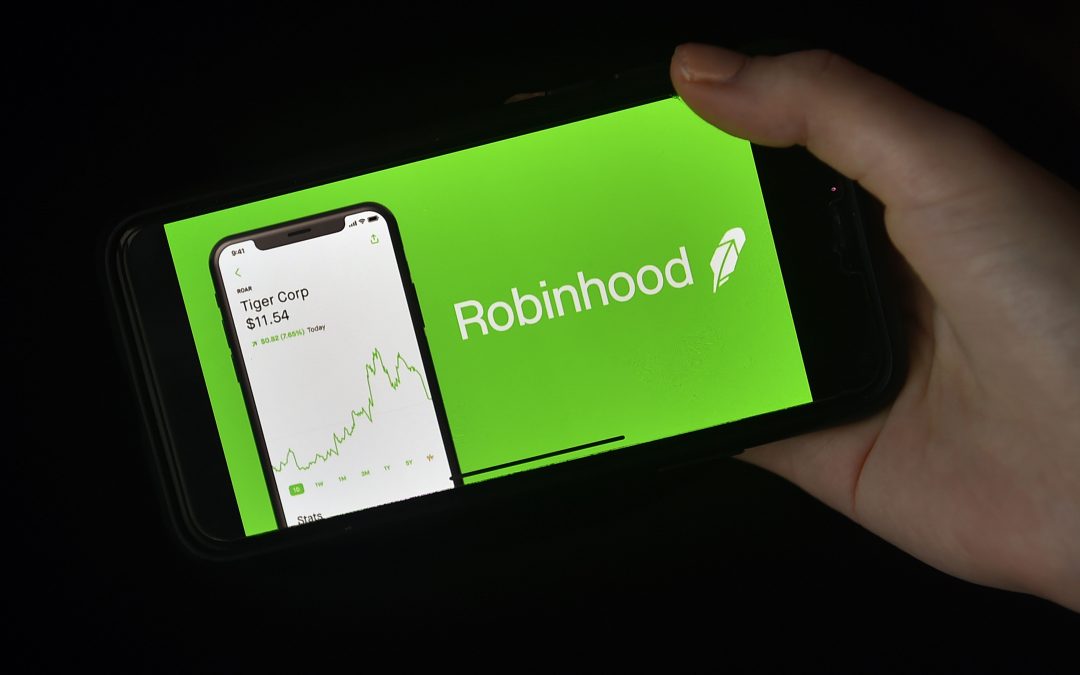 Robinhood Markets filed for one of the most anticipated initial public offerings of the year on Thursday, revealing rapid growth resulting in 18 million retail clients and more than $80 billion in customer assets.

Unlike many recent IPOs, Robinhood was profitable last year, generating a net income of $7.45 million on net revenue of $959 million in 2020, versus a loss of $107 million on $278 million in 2019, according to Robinhood’s S-1 filing with the Securities and Exchange Commission.

The brokerage aims to raise $100 million in the public debut.

Robinhood plans to trade under the symbol “HOOD” on the Nasdaq.

In its prospectus, the company said it has grown its funded accounts, those which have bank accounts linked to them, to 18 million in March of this year from 7.2 million in 2020, an increase of 151%. Assets under custody have ballooned to roughly $80 billion from $19.2 billion last March. Monthly active users total about 17.7 million.

Robinhood plans to allocate between 20% and 35% of its IPO shares to its retail customers.

Goldman Sachs, Citigroup and JPMorgan are the lead underwriters on the deal, among other banks.

Robinhood was founded in 2013 by now CEO Vlad Tenev and Baiju Bhatt. Now, the company has 2,100 full-time employees.

Robinhood offers equity, cryptocurrency and options trading, as well as cash management accounts. Users can make most trades for free. The app makes the majority of its money from customer order flow and a premium paid service.

The stock trading company collected a record $331 million in payment for order flow – the money brokerage firms receive for directing clients’ trades to market makers – in the first quarter of 2021, according to a regulatory filing with the SEC.

“Because a majority of our revenue is transaction-based (including payment for order flow, or “PFOF”), reduced spreads in securities pricing, reduced levels of trading activity generally, changes in our business relationships with market makers and any new regulation of, or any bans on, PFOF and similar practices may result in reduced profitability, increased compliance costs and expanded potential for negative publicity,” the S1 filing said.

Robinhood — whose longstanding mission is to “democratize” investing — is seen as the main gateway for young investors to access the markets.

The app experienced record levels of new, younger traders entering the stock market during the pandemic.

That surge has continued into 2021, marked by frenzied trading around so-called meme stocks. The millennial-favored stock trading app found itself in the middle of a firestorm in January amid the short squeeze in GameStop, which was partially fueled by Reddit-driven retail investors.

At the height of GameStop’s surge, Robinhood restricted trading of certain securities due to increased capital requirements from clearing houses.

Robinhood announced on May 20 that it is giving retail investors access to IPO shares, an area long exclusive to Wall Street banks and sophisticated investors.

Robinhood’s impressive growth has come with its challenges.

On Wednesday, Robinhood was slapped with FINRA’s largest ever penalty, totaling about $70 million. The settlement regards the technical failures Robinhood experienced in March of 2020, Robinhood’s lack of due diligence before approving customers to place options trades and purveying misleading information to customers about aspects like trading on margin.

Robinhood has also faced lawsuits for its multiple days of outages during times when trading volume was heavy during the pandemic.

“We have grown rapidly in recent years and we have limited operating experience at our current scale of operations; if we are unable to manage our growth effectively, our financial performance may suffer and our brand and company culture may be harmed,” Robinhood said in the “risk factors” section of the prospectus.

Robinhood paid the Securities and Exchange Commission $65 million after being charged with misleading customers about how the app makes money and failing to deliver the promised best execution of trades. The SEC’s charges came a day after Massachusetts regulators filed a complaint accusing the trading app of predatory marketing on inexperienced investors.

Robinhood was also sued for wrongful death by the family of Alex Kearns, a 20-year-old customer who took his life last summer after believing he had racked up big losses on the millennial-favored stock trading app.

Additionally, Robinhood’s chief Tenev was forced to testify to the U.S. House Financial Services Committee in February regarding the GameStop trading mania. Legislators criticized payment for order flow, the subsidy Robinhood receives from market makers like Citadel Securities for bringing them trades.

Payment for order flow is a common practice, but it’s often criticized for its lack of transparency.

Robinhood has since taken steps to address some of the scrutiny like providing more education services from its clients and removing the confetti feature when investors make trades.

Robinhood ranked No. 1 on this year’s CNBC Disruptor 50 list.