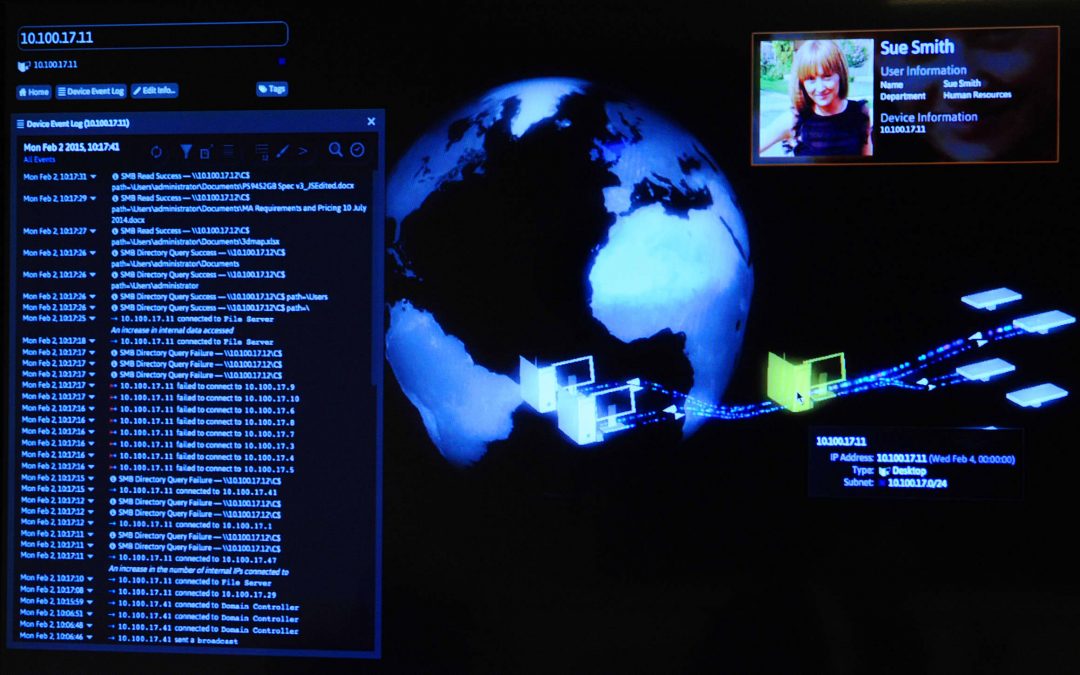 A Darktrace cybersecurity software demonstration shows how a global problem can start with just one employee’s work station.

LONDON — British cybersecurity start-up Darktrace said Monday that it plans to go public in London, defying fears that Deliveroo’s disappointing IPO could put other tech firms off listing in the city.

The London-based firm’s platform uses artificial intelligence technology to detect and respond to cyber threats in a business’ IT systems. It says its self-learning AI can monitor threats in real time and come up with ways to strike back.

Darktrace, founded in 2013 by a group of former intelligence experts and mathematicians, said it intends to float at least 20% of issued share capital in an initial public offering on the London Stock Exchange’s premium market. This would make it eligible for inclusion in benchmark indexes like the FTSE 100.

“Our intention to list on the London Stock Exchange marks a major milestone in Darktrace’s history of rapid growth, and a historic day for the U.K.’s thriving technology sector,” said Poppy Gustafsson, Darktrace’s CEO and co-founder.

“We are proud to be part of that tradition of British innovation, as the U.K. becomes a leading global centre for the development of AI.”

Darktrace’s IPO announcement comes despite concerns over the lackluster market debut of Deliveroo, the Amazon-backed food delivery company. Deliveroo shares plunged as much as 30% on its first day of trading, making it one of the worst London IPOs for a large company.

Deliveroo’s IPO flop also threatened to embarrass U.K. officials, who threw their weight behind the company as it announced plans to go public in the city. London is looking to relax its listings requirements in a bid to attract more high-growth tech companies.

But some analysts said Deliveroo’s woes may be limited to the company, which has been dogged by employment rights concerns, rather than a broader indication of trouble for London tech listings. Deliveroo says it’s “just starting life as a public company” and is “confident” in its ability to deliver long-term returns for shareholders.

Darktrace’s biggest investor is Invoke Capital, the venture fund of U.K. entrepreneur Mike Lynch. Lynch currently faces the threat of potential extradition to the U.S. over fraud charges related to the sale of Autonomy — the software firm he founded — to Hewlett-Packard in 2011 for $11 billion. Lynch denies the accusations.

Gustafsson and Chief Strategy Officer Nicole Eagan both used to work at Autonomy. Darktrace shares the same office building as Invoke in London, but says that Lynch has no direct involvement with the day-to-day running of the company.

The firm, which was last valued at $1.65 billion in its last private financing round, has tapped Jefferies, Berenberg, KKR Capital Markets to lead the IPO if it goes ahead, with Needham & Company and Piper Sandler acting as joint bookrunners.