Did state cuts to unemployment pay get people back to work in June? 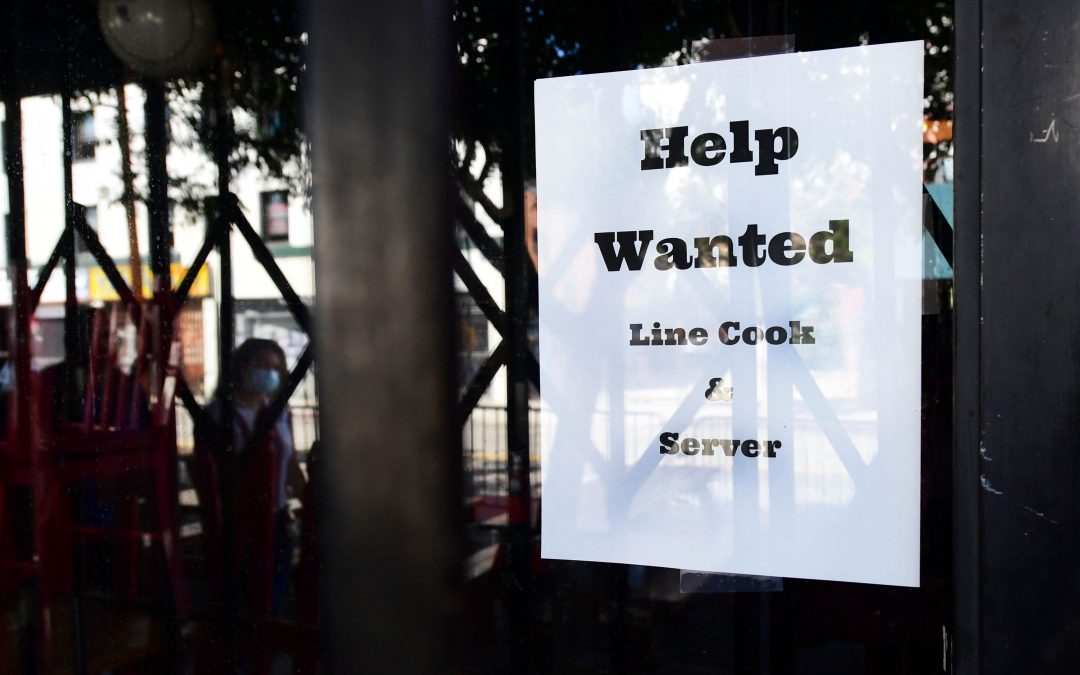 The U.S. added 850,000 jobs in June, the most since summer 2020 — which may have some wondering if recent state cuts to unemployment benefits are getting people back to work.

The short answer: It’s too soon to tell, according to labor economists.

More from Personal Finance:
Starting college in the fall? How to decide the right amount to borrow
Consider these tax moves before paying for college
Why experts say Social Security won’t run out of money

“The data … does not suggest that [unemployment insurance] is a big factor right now,” according to Nick Bunker, an economist at job site Indeed. “There is no smoking gun.”

Twenty-five states have pulled out of federal unemployment programs in recent weeks, months earlier than their official cutoff on Labor Day.

Those pandemic-era programs included an extra $300 a week on top of typical benefits, as well as aid for self-employed and gig workers and the long-term unemployed.

About 4 in 10 jobless workers would get more money from benefits than a paycheck when factoring in the $300 a week, according to an estimate from University of Chicago economist Peter Ganong.

The governors, all Republicans, of the states in question said the federal aid was keeping people home instead of looking for work.

But it’s too early to judge whether their policies pushed workers to take jobs in June, according to economists.

For one, there’s a timing issue. The June jobs report, published Friday, wouldn’t reflect the actual financial loss of benefits — only workers’ fear of losing the aid.

The Bureau of Labor Statistics, which publishes the jobs report, based its analysis on employer data through June 12. The first tranche of states — Alaska, Iowa, Mississippi and Missouri — stopped paying federal benefits that same day.

In other words, none of the 850,000 people who got jobs in June had yet felt a financial impact from benefit cuts.

It’s unlikely that the anticipation of losing benefits would have caused a rush for jobs, economists said. The first state to announce its intent to end federal benefits (Montana) did so on May 4.

“Generally, anticipatory effects are quite small,” according to Daniel Zhao, a senior economist at Glassdoor, a job and recruiting site.

“It requires people to be paying very close attention to state policy announcements, and planning their job search and financial decisions around that,” Zhao added. “The fact of the matter is, people aren’t closely watching press releases coming from their state departments of labor.”

Further, low-wage workers — who get the biggest relative financial benefit from an extra $300 a week — are unlikely to be motivated by anticipatory fear given the high demand for their labor right now in industries like leisure and hospitality, said Susan Houseman, research director at the W.E. Upjohn Institute for Employment Research.

They should be able to find a job relatively easily, she said.

“I’m not saying there’s no anticipatory effect at all,” Houseman said. “But most [people who are] staying out because of the $300 a week won’t go back in until that’s cut off.”

The U.S. jobs report is released once a month, making it difficult to draw conclusions about benefit cuts’ impact on job-finding from available data.

For example, Aaron Sojourner, an associate professor at the University of Minnesota, has studied weekly data around claims for unemployment benefits. He hasn’t found differences in benefit claims between states that announced or implemented benefit cuts versus those that didn’t.

However, it’s too early to make any definitive judgments, Sojourner said.

Data from Indeed also hasn’t pointed to a big or sustained uptick in job searches, according to Bunker.

Instead, the June jobs figure, which exceeded economists’ 706,000 estimate, was likely driven most by pandemic-related factors.

For one, declining Covid infection numbers and increasing vaccination rates have led many states to further ease restrictions like capacity limits on businesses, driving up demand for workers, according to economists.

“In some sense, it’s not a surprise that the recovery is accelerating as the public health situation continues to improve,” Zhao said. “The pandemic is the thing that’s been holding back the economy thus far.”