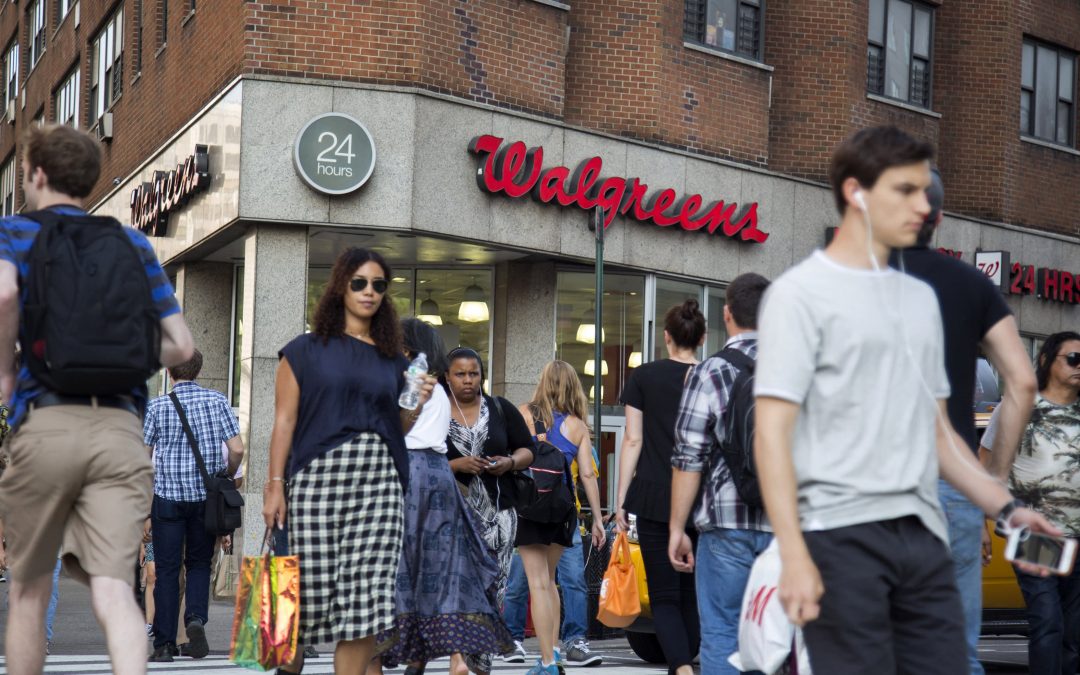 Pedestrians walk past a Walgreens store in New York.

Didi — Shares of the Chinese ride hailing company surged almost 16% in their second day of trading, rising back above $16 per share. The stock had a muted session on Wednesday after its initial public offering, posting a gain of 1% from its IPO price and closing below its opening price.

Walgreens — Shares of the drugstore chain dropped 7.4% even after the company raised its outlook for the year and reported stronger-than-expected earnings and revenue for its fiscal third quarter. Walgreens reported adjusted quarterly profit of $1.51 per share, beating the consensus estimate of $1.17, according to Refinitiv. Revenue also topped forecasts amid a rebound in prescription volumes. Investors may be concerned that Walgreens could see slower growth amid the slowing pace of Covid-19 vaccinations.

ZipRecruiter — The online recruiting company’s stock fell 3.44% despite a call from Barclays Thursday morning, which gave ZipRecruiter an overweight rating saying the stock could jump 20%. Still, U.S. employers have cited worker shortages and difficulty replacing lost jobs from the pandemic.

Coinbase — The cryptocurrency exchange’s stock fell 4.6% after Mizuho reiterated its neutral rating on it, saying meager crypto volumes” bode “poorly” for the rest of 2021. Coinbase shares tend to trade in tandem with the price of bitcoin, which is also trading lower Thursday.

United Airlines — The air carrier continues to trade higher at 1.5%, two days after said it would begin chasing premium customers with larger planes. United said it expects to hire 25,000 people by 2026 after placing a 150-unit aircraft order, as it shifts from survival mode to rebound mode.