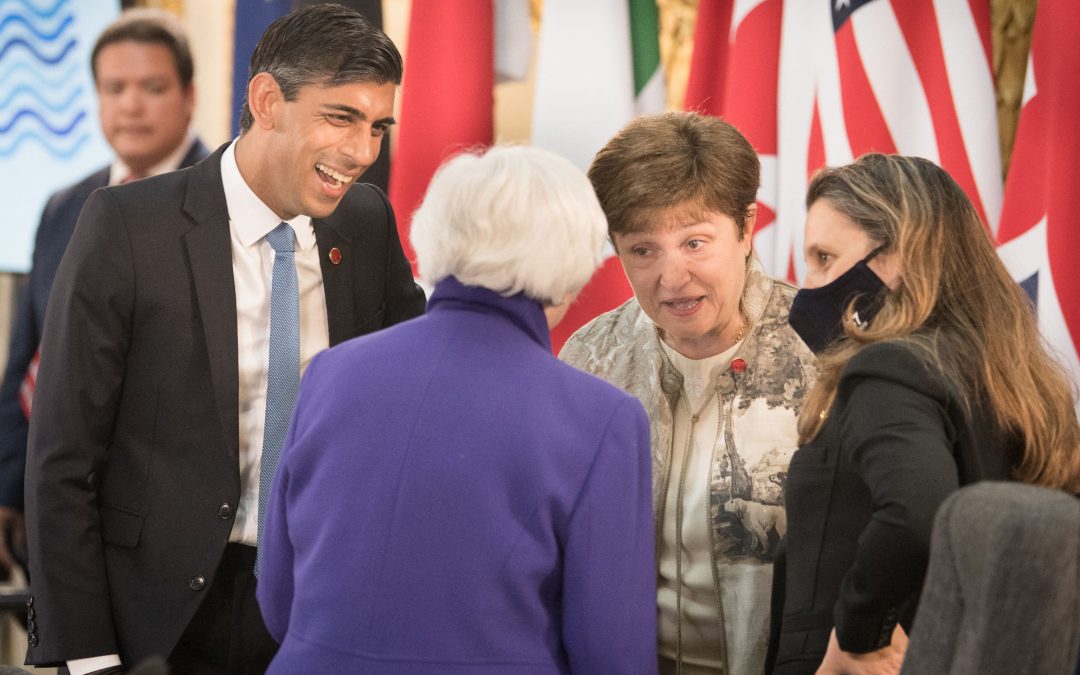 LONDON — The finance ministers of the most advanced economies, known as the Group of Seven, have backed a U.S. proposal which calls for corporations around the world to pay at least a 15% tax on their earnings.

“G-7 finance ministers today, after years of discussions, have reached a historic agreement to reform the global tax system, to make it fit for the global digital age — and crucially to make sure that it’s fair so that the right companies pay the right tax in the right places,” U.K. Finance Minister Rishi Sunak announced in a video statement on Saturday.

Under the agreement, G-7 nations will back a global minimum corporate tax of at least 15%, Sunak said in a series of tweets. The reforms will affect the largest companies in the world with profit margins of at least 10%.

If finalized, it would represent a significant development in global taxation. Members of the G-7 include Canada, France, Germany, Italy, Japan, the U.K. and the U.S.

U.S. Treasury Secretary Janet Yellen, who is in London for the face-to-face meeting, hailed the move as significant and unprecedented.

“That global minimum tax would end the race-to-the-bottom in corporate taxation, and ensure fairness for the middle class and working people in the U.S. and around the world,” she tweeted.

President Joe Biden and his administration had initially suggested a minimum global tax rate of 21% in an attempt to end a race to the bottom among different countries in luring international businesses. However, after tough negotiations, a compromise was reached over 15%.

A global deal in this field would be good news for cash-strapped nations, who are trying to rebuild their economies after the coronavirus crisis.

But Biden’s idea had not been received with the same level of excitement across the world. The U.K., for example, did not immediately voice its support for the proposal.

U.S. President Joe Biden speaks during a meeting with a bipartisan group of members of Congress.

The issue can be contentious within the European Union as well, where various member states charge different corporate tax rates and can attract big-name firms by doing so. Ireland’s tax rate, for example, is 12.5%, while France’s can be as high as 31%.

Speaking in April, Irish Finance Minister Paschal Donohoe said smaller nations should be allowed to have lower tax rates given that they don’t have the same capacity for scale as the larger economies do, the U.K.’s Guardian newspaper reported.

The world’s most powerful economies have been at odds over taxation for some time, in particular in the wake of plans to tax digital giants more. The U.S., under the Donald Trump presidency, vehemently opposed digital tax initiatives in different countries, and threatened to impose trade tariffs.