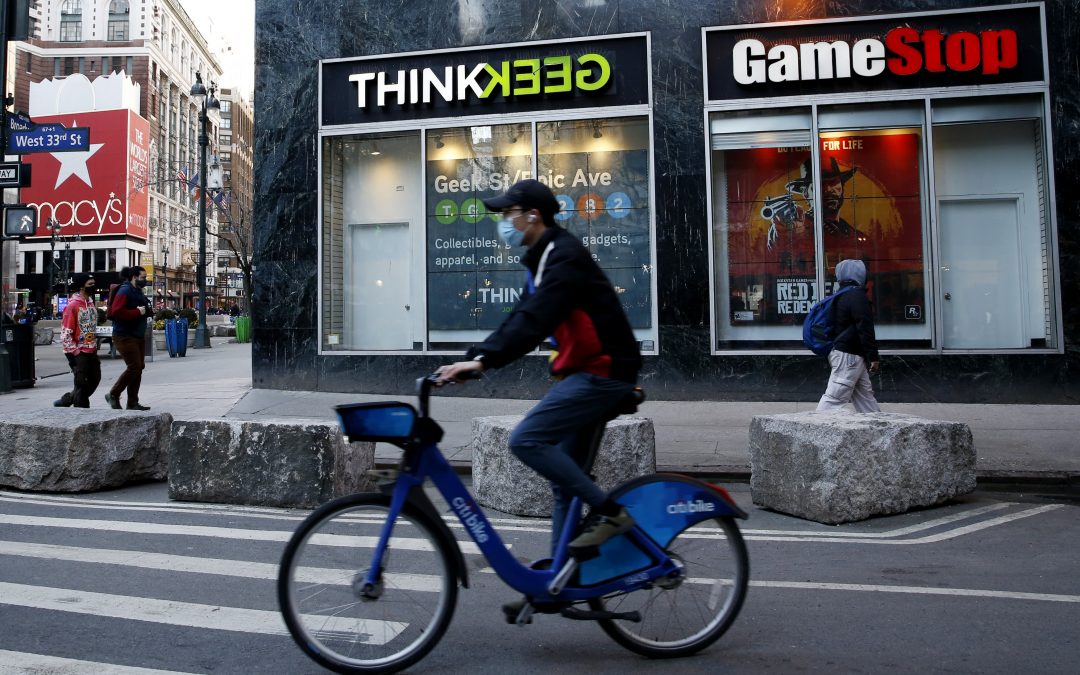 Shares of GameStop tumbled by double digits on Monday after the video game retailer said it may sell up to $1 billion worth of additional shares following a historic Reddit-fueled short squeeze.

GameStop saw its stock drop as much as 14% to around $164.81 apiece after announcing a stock offering of up to 3.5 million shares. The stock last traded down about 7% at $178 a share. The company said it intends to use the proceeds to further accelerate its e-commerce transformation as well as for general corporate purposes and further strengthening its balance sheet.

The offering is viewed as a way for the retailer to capitalize on its recent jaw-dropping rally prompted by a band of Reddit-obsessed retail traders who targeted heavily shorted stocks. GameStop surged 400% in a week in January to above $400 a share amid the massive short squeeze.

At the very beginning of the year, GameStop, a brick-and-mortar retailer, traded at less than $20 a share.

GameStop is in the middle of a technology and e-commerce transition led by activist investor and board member Ryan Cohen, who was Chewy’s co-founder. The company hired former Amazon and Google executive Jenna Owens as its new chief operating officer.

In a separate release on Monday, GameStop said its total global sales increased about 11% for the first nine-weeks of fiscal 2021 from the same period a year ago. For the five-week period ended April 2, total global sales grew 18% year-over-year, the company said.

Two weeks ago, the company reported worse-than-expected fourth-quarter results which missed on the top and bottom lines. However, GameStop said its e-commerce sales jumped 175% last quarter and accounted for more than a third of its sales in the period.