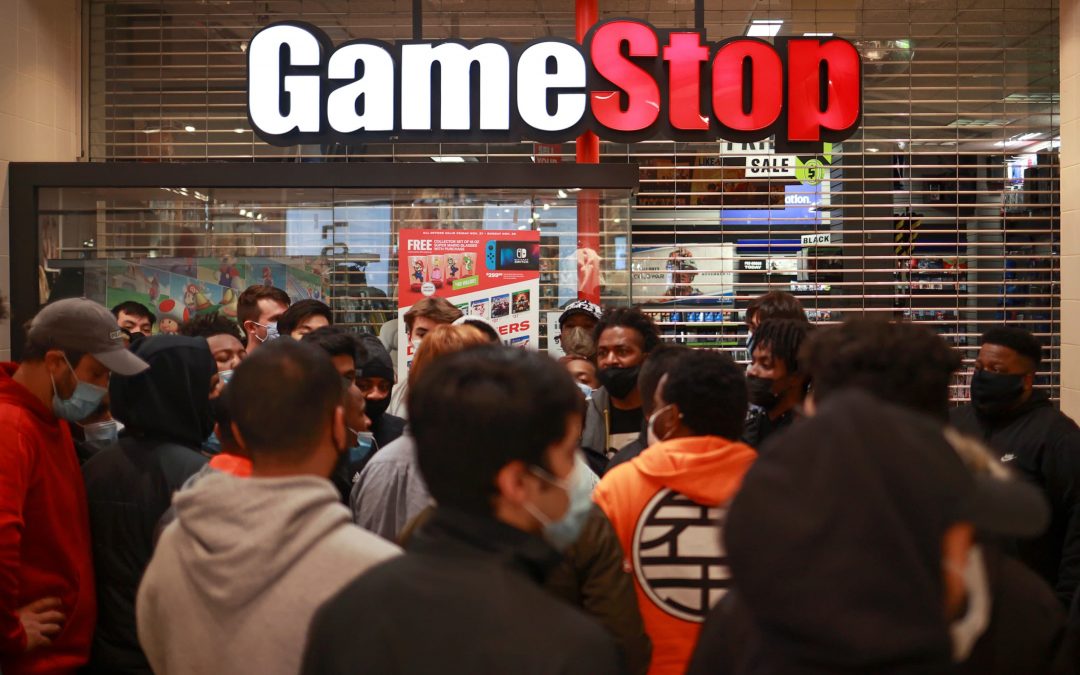 Shoppers wait for a GameStop store to open on at the Tysons Corner Center, in Tysons, Virginia, November 27, 2020.

GameStop rallied on Monday after the brick-and-mortar video game retailer announced its succession plan as it seeks to pivot to e-commerce following a historic Reddit-fueled short squeeze earlier this year.

Shares of GameStop jumped more than 11% in early trading, set to open at around $172.

The company said Monday Chief Executive Officer George Sherman will be stepping down on July 31 or earlier upon the appointment of a successor. The board is leading a search to identify CEO candidates with the capabilities and experience to help accelerate the next phase of the company’s transformation, GameStop said in a statement.

While GameStop shares have come way off its record high of $483 in January, the stock is still up a whopping 720% for 2021. To take advantage of the massive rally, GameStop announced a $1 billion stock sale at the beginning of April to accelerate its e-commerce transition led by activist investor and board member Ryan Cohen, who is Chewy’s co-founder.

Some investors also took comfort in Keith Gill’s move Friday to double down on his GameStop bet, forgoing millions of dollars in quick profit on an options trade. Gill is perhaps the biggest influencer in the Reddit retail trading crowd.

The investor, who goes by DeepF——Value on Reddit and Roaring Kitty on YouTube, exercised his 500 GameStop call options contracts as they expired on Friday, giving him 50,000 more shares at a strike price of just $12. If he had sold the options at Friday’s price, he could have made more than $7 million on the bet.

On top of exercising these options contracts, Gill bought 50,000 more GameStop shares, bringing his total investment to 200,000 shares worth more than $30 million.

Gill’s trading info is according to his Reddit posts that appear to be snapshots of his investment account. The posts were not independently verified by CNBC.