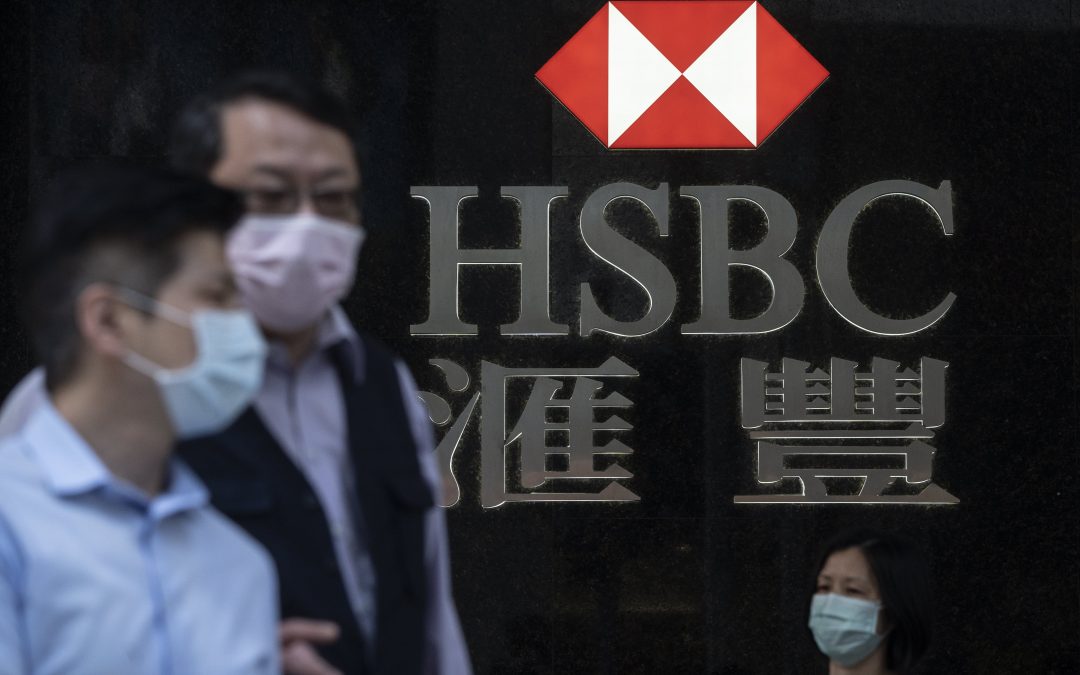 Pedestrians wearing protective masks walk past a logo displayed at a HSBC bank branch in the central district of Hong Kong.

The London-headquartered bank, which makes most of its revenue in Asia, said its reported profit before tax rose 79% from a year ago to $5.8 billion. It beat analyst expectations of $3.34 billion, according to estimates compiled by HSBC.

Reported revenue was down 5% for the quarter to $13 billion from the same period a year ago, which the bank said continued to reflect low interest rates.

“We had a good start to the year in support of our customers, while achieving materially enhanced returns for our shareholders,” Noel Quinn, group chief executive at HSBC, said in a statement. “I am pleased with our revenue and cost performance, but particularly with our significantly lower expected credit losses.”

“We made further progress in reducing both costs and riskweighted assets, and launched new products and capabilities in areas of strength,” Quinn added.

HSBC said all regions were profitable in the first quarter.

The bank said in February it will not pay quarterly dividends in 2021, but will consider an interim payout at its half-year results in August. From 2022, the bank will target a payout ratio of between 40% and 55% of reported earnings per share, it said during the last earnings release.

Hong Kong-listed HSBC shares traded up 0.44% prior to the earnings release.

This is a breaking news. Please check back for updates.