Janet Yellen is poised to become Treasury Secretary in a Biden cabinet. What that means for cash-strapped American families 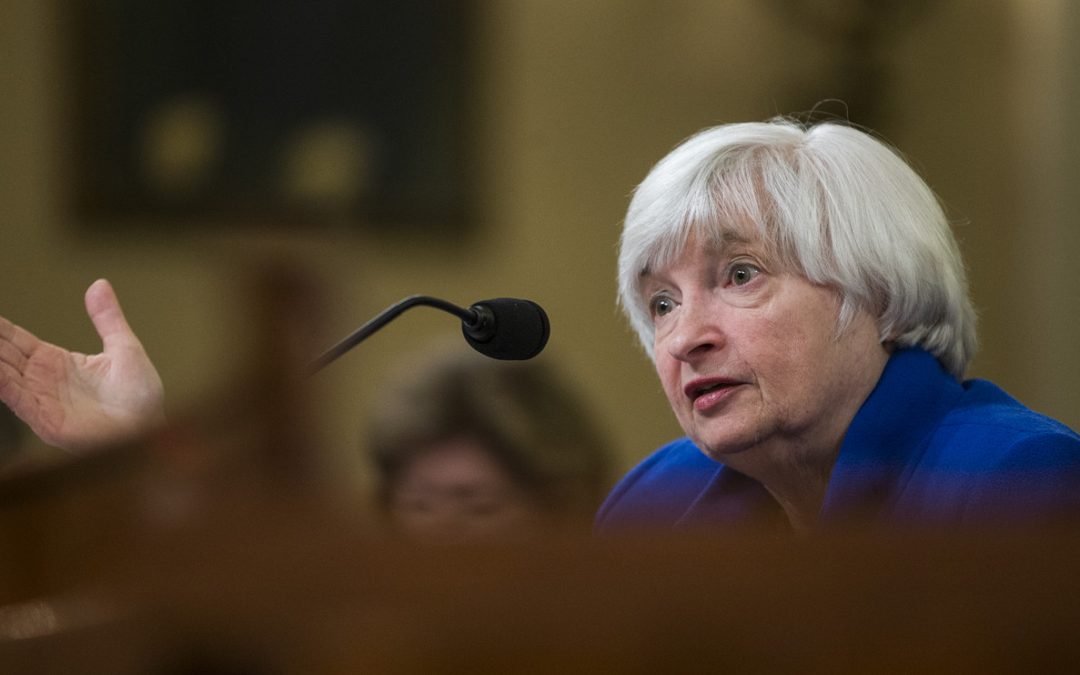 In 2014, three months into her four-year tenure chairing the Federal Reserve, Janet Yellen was trying to draw an important link for investors, policy makers and community development leaders.

“Although we work through financial markets, our goal is to help Main Street, not Wall Street. By keeping interest rates low, we are trying to make homes more affordable and revive the housing market. We are trying to make it cheaper for businesses to build, expand, and hire,” Yellen said in remarks at a conference in Chicago.

If she’s selected and confirmed — becoming the first woman to hold the job — many families will be counting on Yellen to stay focused on the connection between decisions on Capitol Hill and their own financial situation.

The coronavirus has put millions of people out of work; the jobless rate has dropped to 6.9% in October, down from double digits in the spring, but some economists are worried that surging coronavirus infections and more government shutdown orders will rock the recovery. Various financial-relief deadlines, like eviction moratoriums and student-debt payment pauses, will end on Dec. 3, while negotiations on another stimulus are stuck.

“She’ll be very responsible, but at the same time, she will go out there to bat for people at the lower end of the spectrum. She’ll be very sensitive to their problems,” he said.

Here’s a look at what experts say a Yellen-led Treasury Department will mean for another round of government stimulus, taxes in a Biden administration and student-debt cancellation.

Another round of government stimulus

Markets closed higher Monday, and the climb continued Tuesday, buoyed in part by the news about vaccines and, some analysts say, Yellen’s appointment. Yellen’s potential selection is a good sign the Biden administration is serious about getting another stimulus bill through Congress, now that the money from the $2.2 trillion CARES act has dried up, they add.

Yellen has been vocal about the need for more financial help. “Spending is absolutely needed for more pain not to be extended throughout the economy and for unemployment to continue moving down,” Yellen, currently at the Brookings Institution, said at a July Congressional hearing.

Ernie Tedeschi, managing director and policy economist for Evercore ISI, an investment banking advisory firm, wrote in a Monday note, that Yellen “believes it is essential to continue fiscal as well as monetary support for the economy and will likely seek to leverage her credibility with Congress over time to promote more fiscal support including for the unemployed and for state and local governments.”

Passing a stimulus bill is a political process that involves consensus, but Josh Bivens, research director at the Economic Policy Institute, a left-leaning think tank, says Yellen has the gravitas and grasp of the issues to potentially persuade Republicans. Another stimulus is seriously needed Bivens said, because, “we are in for very, very rough economic times.”

If Yellen is selected and confirmed, she’ll have her former colleague, Jerome Powell, over at the Federal Reserve. Powell, who succeeded Yellen as the Fed’s chair, also supports infusing the economy with more stimulus money.

Biden campaigned on positions including more taxes for the rich and corporations. With the strong chance of a divided Congress, some observers say those tax hike proposals are out the window. But, they add, there are still ways a Biden administration can bring in more tax revenue from the wealthiest Americans, and corporations while tweaking the code for lower-income earners without congressional approval.

With the Internal Revenue Service falling within the Treasury Department, Yellen could have a central role in that attempt.

For example, a Yellen-led Treasury Department and IRS could revisit certain tax-code regulations related to the foreign assets of U.S. multinational companies. It’s an “open question” if Yellen and her Treasury Department have an appetite to unilaterally make regulatory changes, Bivens said.

Another place where the IRS can bring in more money: A larger staff that can launch more audits on affluent taxpayers, Bivens noted.

One not insignificant caveat: A larger IRS staff requires a larger budget — and allocating budget money, like stimulus talks, is a political process, experts add.

Advocates for student-loan borrowers say Biden has the power to cancel student debt, which has grown to $1.6 trillion.

Yellen is well aware of the debt burden and its implications for homebuying and the economy more broadly. For example, in 2016, then-Fed Chair Yellen told Congress, “We have been very attentive to trends in student debt, it really has escalated to an extraordinary degree.”

It’s hard to say how those views might translate into policy impact. The Department of Education is the agency primarily responsible for the student-loan program, but there are opportunities for the Department of Treasury to play a role.

Theoretically, the Treasury Department could attach some strings to that exemption to push the Department of Education to shift its practices.

In addition, the Secretary of the Treasury technically appoints the Consumer Finance Protection Board’s student-loan ombudsman, one of the nation’s top student-loan officials.

Don’t miss: Under Biden, CFPB will play a role in any student-debt cancelation — and help tackle student-loan servicers

One area where there is potential for Yellen to play a transformative role: The tax treatment of student-loan forgiveness. If Congress discharges some or all of borrowers’ student debt, the lawmakers can specify the tax treatment of that forgiveness. But if the administration moves forward with student-debt cancellation on its own, the tax implications become murkier.

The Treasury Department and the IRS have the authority to exclude student-debt cancellation from a borrower’s income for tax purposes, John Brooks, a Georgetown University Law Center professor, wrote in a paper published by the Student Borrower Protection Center, a borrower advocacy group.