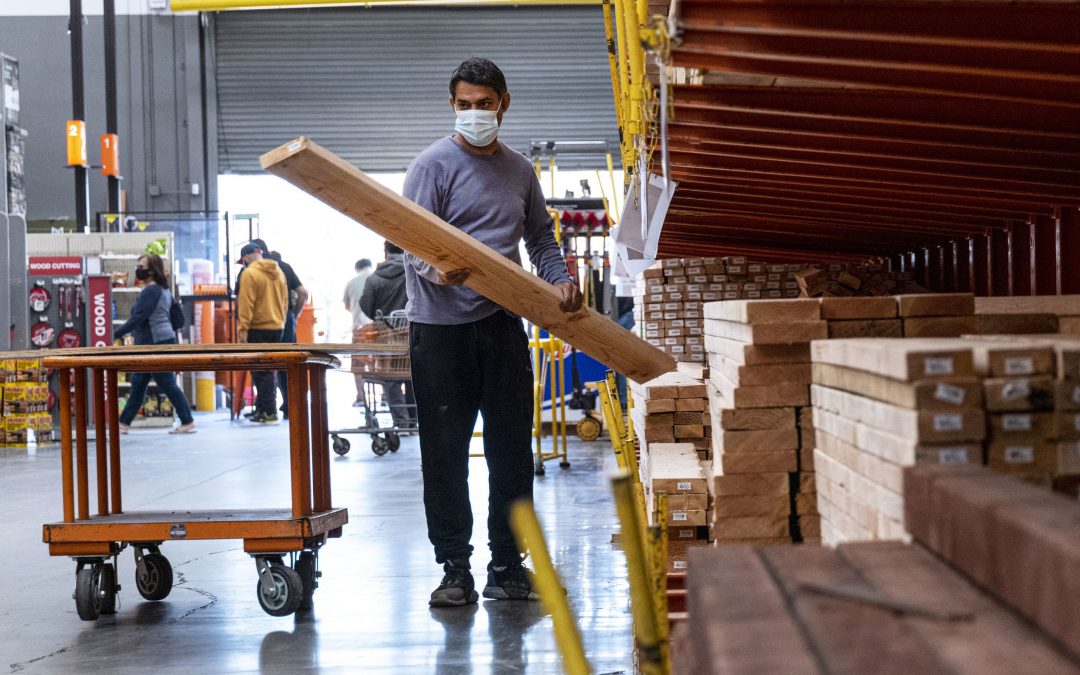 The great lumber bubble of 2021 has popped.

After a jaw-dropping rally this spring, lumber prices have come back down to earth as supply increased, speculative trading action cooled and homebuilding demand eased. Lumber futures have tanked 42% in June alone, on pace for their worst month on record back to 1978. The building commodity is down more than 13% in 2021, headed for the first negative first half since 2015.

At its peak on May 7, lumber prices hit an all-time high of $1,670.50 per thousand board feet on a closing basis, which was more than six times higher than its pandemic low in April 2020.

The quick reversal of lumber’s monthslong rally came as Americans started to go on vacations again amid the economic reopening instead of taking on renovation and building projects. Many who are fearful of persistent inflation also took comfort in the drastic decline in prices in the face of cooling demand.

“This drop suggests that the cause of that inflation—the mismatch of supply and demand—will not last forever,” said Brad McMillan, CIO at Commonwealth Financial Network. “As suppliers across industries get their acts together, those shortages will fade, along with the inflation. That looks to be happening for lumber now and will happen for other inputs later.”

Earlier this year, lumber prices exploded due to a combination of reduced supply amid mill shutdowns and surging demand for new and improved homes. At one point, the lumber shortage led to the average price of a new single-family home increasing by nearly $36,000, according to the National Association of Home Builders.

The red-hot housing market also saw a record shortage of existing homes available. In April, about 1 in 4 homes for sale were newly built, the highest share ever. Historically new homes make up about 1 in 10.

Recently, there have been signs of the housing boom fizzling. Weekly mortgage demand fell 6.9% last week to the lowest level in almost a year and a half.

Now, lumber futures prices are on track for their sixth consecutive weekly loss, wiping out all of their 2021 rally. The price fell another 3.6% on Wednesday to around $730 per thousand board feet.

“It was a bubble but it is still double where it was pre Covid,” said Peter Boockvar, CIO at Bleakley Advisory Group. Still, Boockvar believes just because the lumber bubble might have burst, it doesn’t mean the threat of inflation isn’t real.

The investor pointed to the CRB raw industrials index, which is at a 10-year high right now. The index tracks materials that don’t trade on a futures exchange and thus better reflect actual supply and demand and not the behavior of speculators.