My ex-husband racked up $70K in credit-card debt in my name, and bought a house with our son. Now his business is in trouble 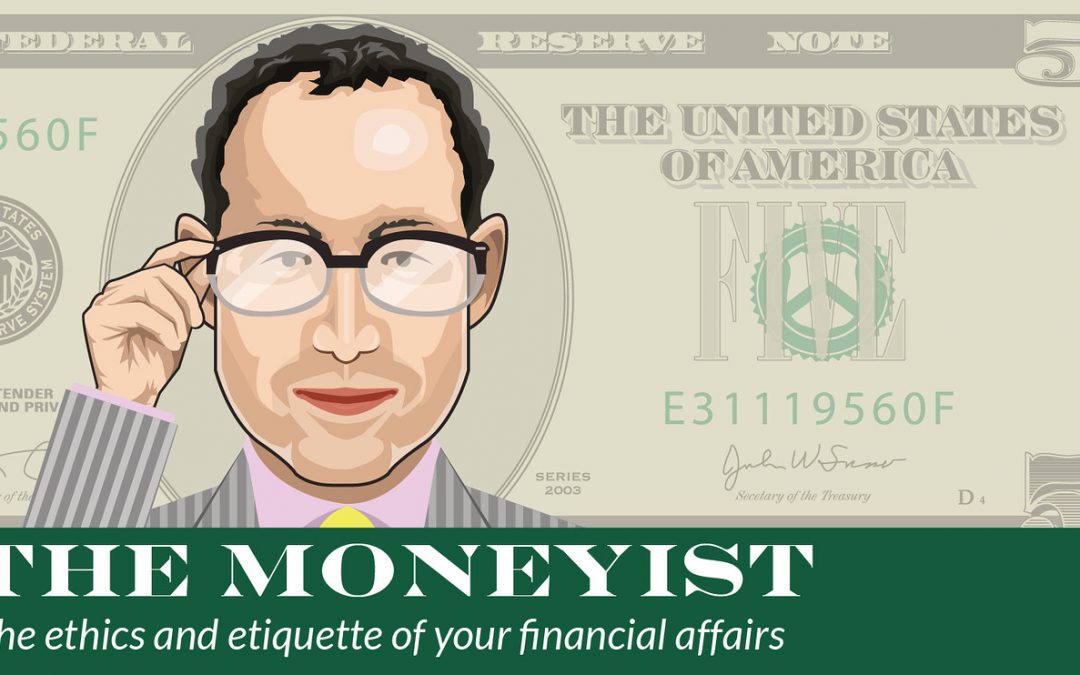 I divorced my former husband in 2011. There were many reasons we didn’t get along, but one of them was finances. He would just decide to do something with our money or my inheritance money, and not even ask me first.

This was the way my father treated my mother, so I thought it was normal. He even took out a credit card in my name and charged $70,000 on it.

He retired early from a professional job to run his store. I agreed to never seek his retirement in our divorce settlement. It would have decreased substantially, as he retired six years before he was eligible (it was an early out option).

We still get along, and get together whenever our son is involved. Our son was in college when we divorced. I shrug off my ex-husband’s control tendencies with me, because he just can’t do that to me anymore.

“
‘They bought a house together, and now my husband’s business is declining.’
”

However, a few years ago, my former husband said he wanted to have a house to leave to our son. I agreed to their buying a home together, only if my husband could afford it. His store was doing well at the time.

They bought a house together, and now my husband’s business is declining. He keeps putting money into the store so the “corporation” can pay for his truck and the credit cards he keeps using for the store, all of which are in his name.

He used to be really smart with things, but never with money. And, of course, I was making most of the money and he was the MAN who made the decisions. I eventually grew out of that, which is one reason we are not together anymore.

Our son graduated with his M.S. and J.D. degree and moved in with his father before he bought the house. Our son has since bought and sold a house of his own with his wife, and now owns a really nice house with her too.

“
‘My son realized his dad should have been on meds a long time ago for his mental health.’
”

His dad still expects him to make half the payment to the original house, as half of it belongs to him. In the meantime, the store has a tremendous debt of over $150,000, and is not making money.

I feel my son has put enough money into his dad’s house. His dad is 76 with a heart problem (I’m younger), and I am fearful he will leave my son with nothing but debts due to the store, and our son’s investment into his house will be pointless.

Let me say that my son realized his dad should have been on meds a long time ago for his mental health, but his dad laughed at both of us for mentioning it, along with marriage counseling. We recognize his spending habits are unhealthy and a compulsion. But we also recognize that it is affecting our son’s finances.

What should our son do? If he stops paying on the house, his dad won’t be able to afford the payments, and he will lose the money he’s already put into it.

Thanks for any insight you can offer.

Who is the adult here, and who is the child?

You write that your husband’s controlling behavior does not affect you anymore. But you walked into this situation eyes wide open: Your son owns a home with his own father who may or may not pay his half of the bills, if indeed he pays any. You approved the deal, and feel a sense of guilt or responsibility as a result. Your ex-husband continues to spend money without regard for the consequences, and appears to be as willful as ever regarding the fate of his failing business.

The co-dependent behavior, financial recklessness and manipulation have continued unabated, despite your divorce. Your husband wanted to leave your son a house, but he needed your approval and perhaps your willingness to persuade your son to co-sign a mortgage agreement to do so. I don’t buy your ex-husband’s motives. It reads more like your ex-husband wanted a house for himself, and couldn’t do it without his ex-wife and son playing a central role.

“
‘Your son is an adult, and he alone is responsible for signing this contract with his father. Not you.’
”

Your son is an adult, and he alone is responsible for signing this contract with his father. Not you. This is between him and his father, and it’s time for you to step out of the picture. Your involvement does not help either party, and it certainly does not help you. Your son can choose to allow his father to use his business troubles as emotional leverage with mortgage payments or household expenses, or he can give him a choice: pay up or sell up.

Your son needs to be the adult in the room, especially because he has his own family to take care of now. If his father cannot afford this house, and his business is bleeding money, he needs to downsize and sell the house. Alternatively, your son could buy his father out. His father could explore bankruptcy, and with the help of a lawyer explore how that may or may not affect his primary residence. In such a scenario, the mortgage payments would need to be in the black.

Your ex-husband is 76. He is highly unlikely to change his ways. We have an expression in Ireland: “An Béal Bocht” or “The Poor Mouth.” It describes someone who professes dire financial straits so they can evoke pity in others.

If you truly want to live separate lives, you need to step back from all of this familial financial psychodrama, and your son needs to get tough with his father. You have control over the former, but you have no control over the latter.

Whether or not your son does stand up to his father is his decision to make, not yours.

The Moneyist: ‘I cut his hair because he won’t pay for a haircut’: My multimillionaire husband is 90. I’ve looked after him for 41 years, but he won’t help my son

Hello there, MarketWatchers. Check out the Moneyist private Facebook
US:FB
group, where we look for answers to life’s thorniest money issues. Readers write in to me with all sorts of dilemmas. Post your questions, tell me what you want to know more about, or weigh in on the latest Moneyist columns.