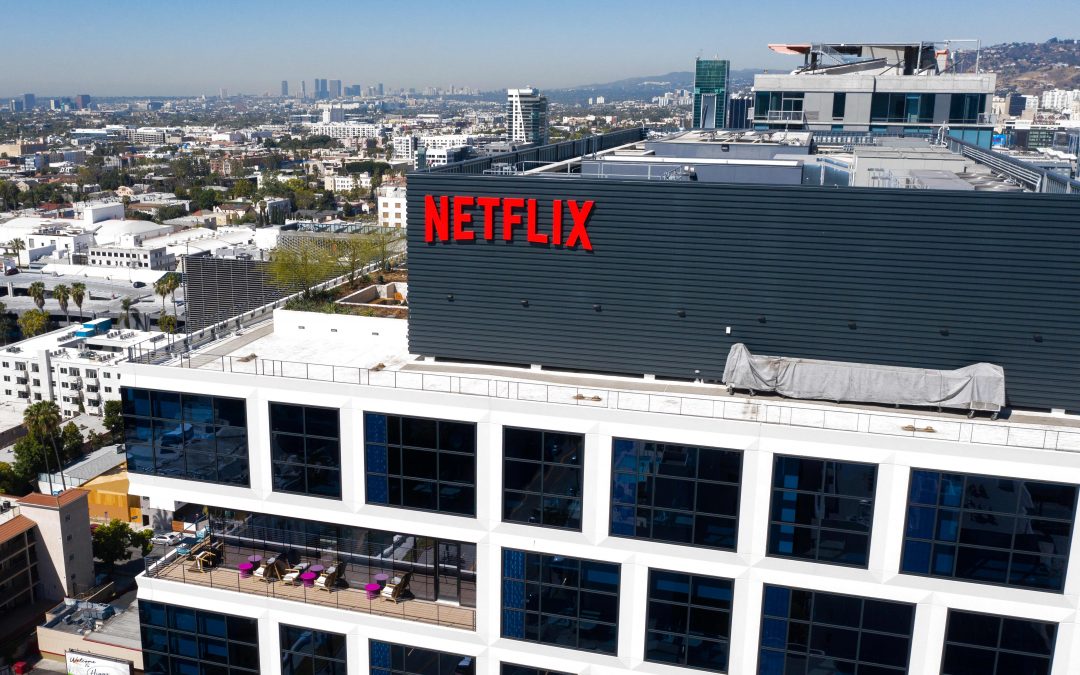 Signage outside the Netflix office building on Sunset Boulevard in Los Angeles, California, on Monday, April 19, 2021.