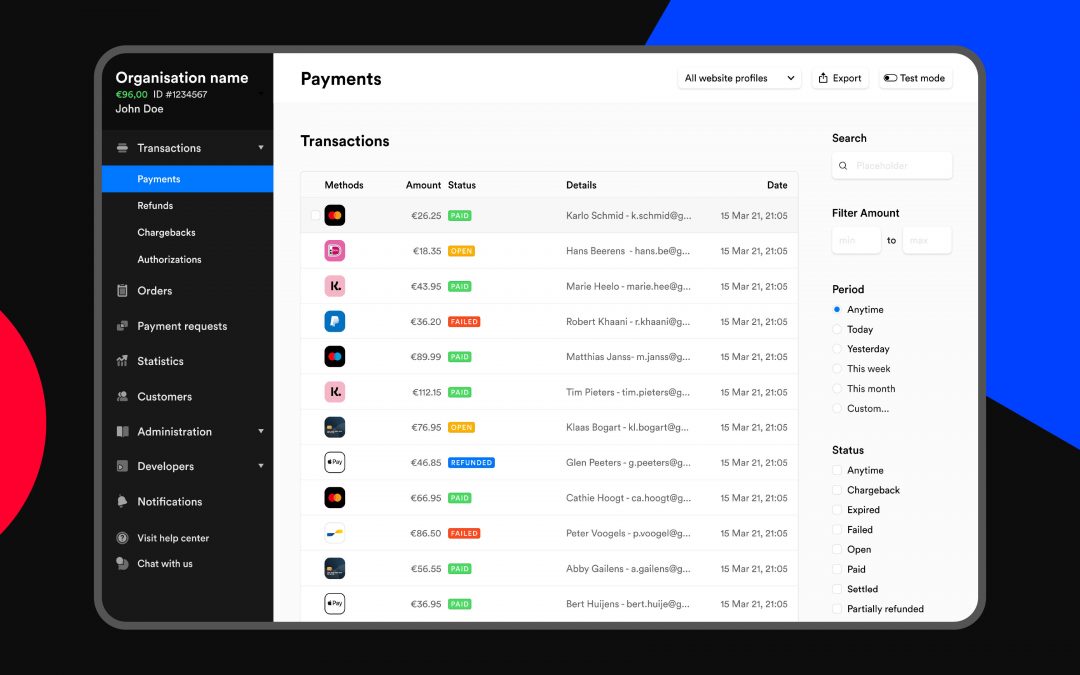 LONDON — Mollie was a relatively little-known company before Covid-19. Now, it’s one of Europe’s biggest fintechs.

The Amsterdam-based online payments processor finally became a “unicorn” valued at more than $1 billion in September, more than a decade after it was founded by Dutch entrepreneur Adriaan Mol in 2004.

On Tuesday, Mollie announced it had raised $800 million in a mega financing round valuing the company at $6.5 billion. That makes it the third-largest fintech unicorn in Europe after rival firm Checkout.com, according to CB Insights data.

Mollie’s founder said the company originally got its start as a text messaging business, but soon pivoted to payments after trying to integrate its own system for clients to pay their invoices.

“I was amazed at how badly that was built by the traditional banks,” Mol told CNBC last year. “We created this abstraction layer to the complex systems of the banks. That was the start of our payment business.”

Shane Happach, who recently took over from Mol as CEO, said the company opted to grow organically for several years before taking external funding for the first time in 2019. A year later, Mollie raised $100 million in a round led by growth-stage tech investor TCV.

After that deal, Mollie was soon flooded with offers from investors, Happach said.

“We’re trying to build a $100 billion company,” he told CNBC. “We know that takes a long time. It’s capital-intensive.”

Competition in payments has intensified over the past decade, with fintech players like Stripe, Jack Dorsey’s Square and Netherlands-based Adyen all vying for a bigger share of the $2 trillion market.

Unlike its American rivals, Mollie says it mainly focuses on transactions with small businesses in Europe.

“A lot of the bigger players in online payments come out of the U.S., like PayPal,” Happach said. “Even Visa and Mastercard are U.S. companies.”

“A lot of investors don’t have a bet on Europe,” he added. “Mollie’s one of those unique assets that offers exposure.”

Stripe, which was last privately valued at $95 billion, raised hundreds of millions of dollars earlier this year to expand further in Europe. The company is dual-headquartered in San Francisco and Dublin.

Mol said his firm’s service is more “localized” than Stripe’s and not targeted at enterprise clients, unlike Adyen and Checkout.com. Onboarding smaller merchants requires “complex” compliance checks which some competitors don’t want to focus on, he added.

A big bet on European tech

Last week, French President Emmanual Macron said he hoped that Europe will produce at least 10 companies worth 100 billion euros each by 2030. European start-ups have raised 45.9 billion euros so far this year, according to Dealroom data, already surpassing total investment for all of 2020.

Mollie, which says it’s profitable, plans to use the fresh funding to expand internationally, both within Europe in countries like the U.K., and in other regions like Asia and Latin America. The start-up also wants to increase its headcount from 480 employees to 780 in the next six to nine months.

Digital payments got a big boost from coronavirus lockdown restrictions as more retailers moved operations online. Mollie said it processed more than 10 billion euros in transactions in 2020 and is on track to handle more than 20 billion euros in payment volume by the end of this year.

Mollie says it has 120,000 monthly active merchants and is signing up around 400 to 500 new customers a day. The company’s clients include U.K. food delivery app Deliveroo and fitness apparel brand Gymshark.