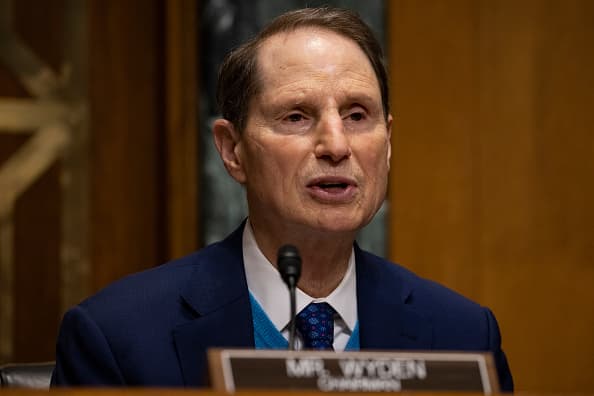 A Senate bill introduced Wednesday would broadly reform the U.S. unemployment system, seeking to plug gaps in the safety net for jobless Americans in response to the Covid pandemic and put states on a more equal footing.

The legislation would raise the amount and duration of unemployment benefits, and expand the pool of workers who qualify for aid.

More from Personal Finance:
Here’s how Americans are using their $1,400 stimulus checks
College internships are back and pay even more than before
New $3,000 child tax credit to start payments in July, IRS says

The bill, the Unemployment Insurance Modernization Act, would also make the self-employed, gig workers, new graduates and others a permanent fixture of the unemployment safety net.

Such workers, who are typically ineligible for state aid, would qualify for a $250 weekly Jobseeker Allowance benefit, paid by the federal government for up to six months and indexed annually for inflation.

The amount and length may increase during times of high unemployment. Similarly, state benefits would also be more responsive to economic downturns and rising joblessness.

It makes other tweaks, too. For example, states wouldn’t be able to deny jobless aid to workers who quit their job for “compelling” reasons, like the loss of childcare or unusual risks to health or safety, and irregular work schedules — all of which have come into play during the pandemic.

“Our unemployment insurance system is broken, and it’s been broken for decades,” Wyden said. “As we’ve seen the last year, it’s much harder for the unemployment system to work in a crisis when it’s been neglected and sabotaged.”

Millions of Americans turned to the program in record numbers a year ago as states took measures to contain the coronavirus outbreak.

Lawmakers took unprecedented — though temporary — steps to increase benefit amount and duration via the CARES Act and other rounds of relief legislation. The Pandemic Unemployment Assistance program, for example, offered aid to millions of workers like the self-employed who wouldn’t have otherwise collected.

This [legislation] would narrow the differences between states and create a more stable floor for this benefit.

senior fellow at the Century Foundation

But it’s unclear whether Republicans would back such a permanent expansion, which was created in the 1930s during the Great Depression.

The $1.9 trillion American Rescue Plan, which extended assistance through Labor Day and raised it by $300 a week, didn’t get a single Republican vote. Critics of offering more jobless aid have argued that it could incentivize people to stay at home and hold back the economic recovery.

More than 18 million people are still collecting benefits, according to the Labor Department.

Workers’ experience has varied greatly between states, which have broad leeway to set their own unemployment rules and standards.

Massachusetts, for example, paid $500 a week in benefits to the average worker in February, the most of any state, according to the Labor Department. Louisiana, by contrast, paid $193 a week, the least.

Workers in seven states also collect aid for less than six months, the typical duration, according to the Center on Budget and Policy Priorities. (Others temporarily raised them due to the pandemic.)

Differences among states aren’t necessarily guided by cost of living, experts said. Many states, especially in the South, cut taxes that fund unemployment benefits after the Great Recession and cut aid as a result.

“There’s a huge difference,” Andrew Stettner, a senior fellow at the Century Foundation, said. “This [legislation] would narrow the differences between states and create a more stable floor for this benefit.”

The bill would require states to offer at least 26 weeks of benefits. Benefits would also replace 75% of a worker’s average pre-layoff wages (up from roughly half right now), up to a state’s maximum weekly benefit.

The federal government would pay another $25 a week per dependent.

A state’s maximum weekly benefit would also increase, to at least two-thirds of its average weekly wage.

Louisiana, for example, currently caps benefits at about $250 a week. The legislation would cause that to more than double, to about $541, according to an analysis of Labor Department data on the state’s average wages in Q4 2020.

The federal government would also fully replace lost wages for workers during public health emergencies or other major disasters.

Workers currently get extended benefits during times of high unemployment.

The legislation would change rules to trigger those extended benefits more quickly during recessions and would set a longer time frame for that aid, Stettner said.

Most states pay a maximum 13 weeks of extended benefits; the bill would quadruple that, to up to 52 extra weeks, when the unemployment rate exceeds 8.5%.