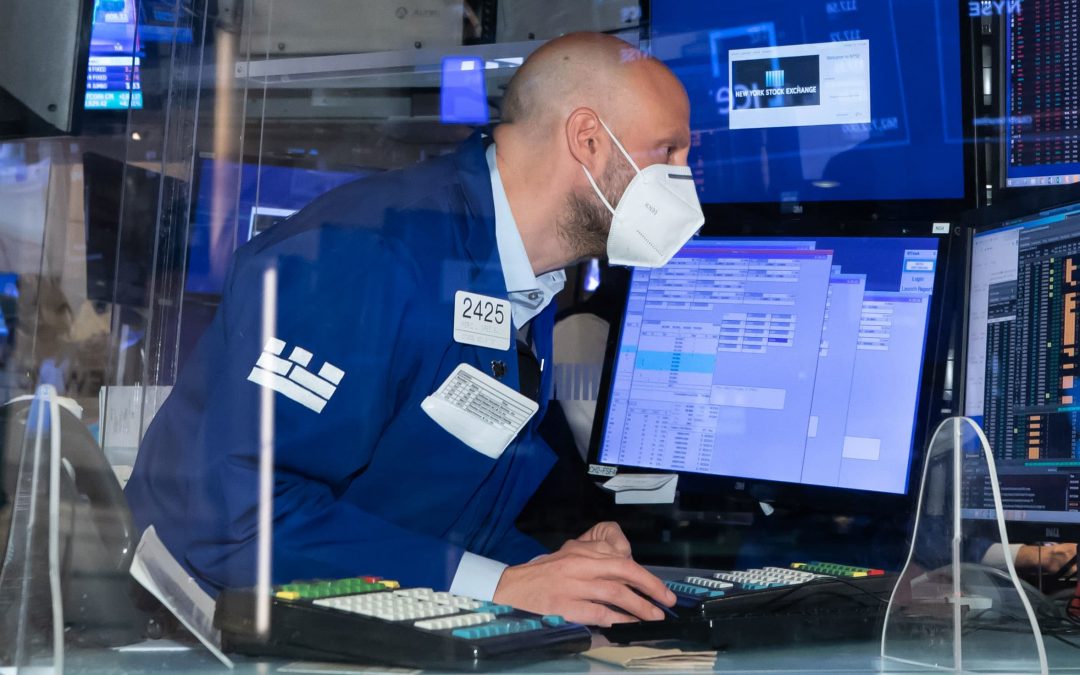 U.S. stock index futures were mixed in overnight trading on Wednesday, after the major averages posted losses for the day.

Apple and Facebook’s strong quarterly results boosted futures. Apple said that sales jumped 54% during the quarter, with each product category seeing double-digit growth. The company also said it would increase its dividend by 7%, and authorized $90 billion in share buybacks. Facebook’s revenue jumped 48%, driven by higher-priced ads.

The major averages closed in the red during normal trading. The Dow slid 165 points for a loss of 0.48%. The S&P 500 hit a record high but couldn’t hold onto those gains and closed 0.08% lower. The Nasdaq Composite declined 0.28%.

The Federal Reserve said Wednesday that it would hold interest rates near zero. The S&P slid from its high after Federal Reserve Chairman Jerome Powell said during a press conference following the Federal Open Market Committee’s decision that there are some signs of froth in the market.

“As vaccination rates accelerate, employment strengthens, and expansive fiscal policy adds further support to household and business incomes, investors are now looking for signs of whether the central bank safety net could be withdrawn sooner than expected,” she added.

Thursday is the busiest day of the earnings season, with roughly 11% of the S&P 500 slated to provide quarterly updates. Caterpillar, McDonald’s, Comcast and Merck are among the names on deck before the market opens. Amazon, Gilead Sciences, Twitter, U.S. Steel and Western Digital will post quarterly results after the market closes.

As of Wednesday morning 86% of the S&P 500 components that have reported topped earnings estimates, with earnings coming in 22.7% above expectations, according to data from Refinitiv. For revenue, 77% of companies have exceeded expectations.

Economic data released Thursday will give investors an update on the progress of the economic recovery. Initial jobless claims numbers will be released, with economists surveyed by Dow Jones expecting a print of 528,000. Pending home sales figures will also be released.

“The primary market trend remains positive,” said Keith Lerner, chief market strategist at Truist. “But we expect a choppier environment as tensions are set to persist between better economic growth and earnings prospects versus the potential for higher taxes and rising interest rates as the economy normalizes,” he added.

Thursday marks President Joe Biden’s 100th day in office. On Wednesday evening, he will call on Congress for an additional $1.8 trillion in new spending and tax credits aimed at children, students and families, according to senior administration officials.