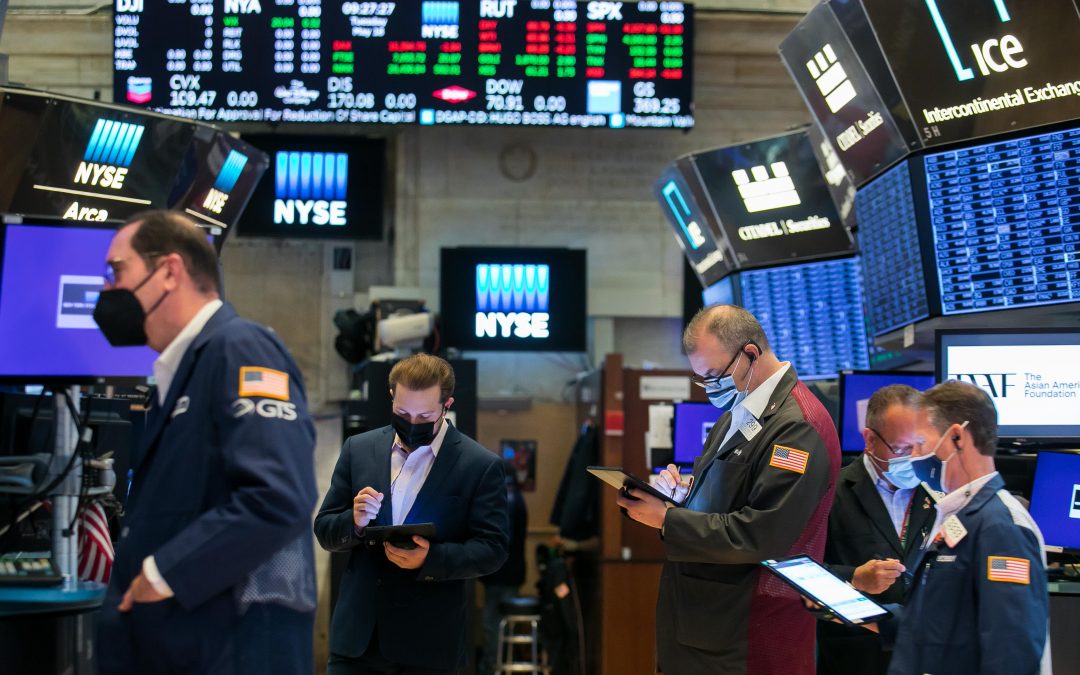 Traders work on the floor of the New York Stock Exchange.

Stock futures are flat as the S&P 500 attempts to make a run at a record high this week amid optimism about the economy’s ongoing reopening this summer.

The S&P 500 sits just 0.2% from its intraday record high earlier in May. The benchmark advanced 0.6% last week to bring its 2021 gains to more than 12%. The Dow and Nasdaq also posted gains last week.

Friday’s jobs report showed the unemployment rate dropping to 5.8% from 6.1% and that 559,000 jobs were added in May. The report was seen as strong enough to keep investors’ confidence in the economy, but light enough to keep the Federal Reserve from rushing to change its easy money policies.

Investors are focused on inflation data in the week ahead, with May’s Consumer Price Index (CPI) scheduled to be released Thursday. In April the CPI rose 4.2% from the previous year, the fastest increase since 2008. If prices continue to rise it could cause the Federal Reserve to step back from its easy policies.

Over the weekend the G-7 nations reached an agreement on global tax reform, calling for the world’s largest corporations to pay at least a 15% tax on their earnings. That’s lower than the Biden administration’s initial suggestion of a minimum 21% tax rate, which didn’t garner much enthusiasm in other countries. Major companies including Facebook and Google have responded favorably to the agreement.

Meme stocks will be back in the spotlight again this week. Most of these speculative stocks, including GameStop, AMC and BlackBerry, ended the week in the red despite massive gains after a volatile trading week.