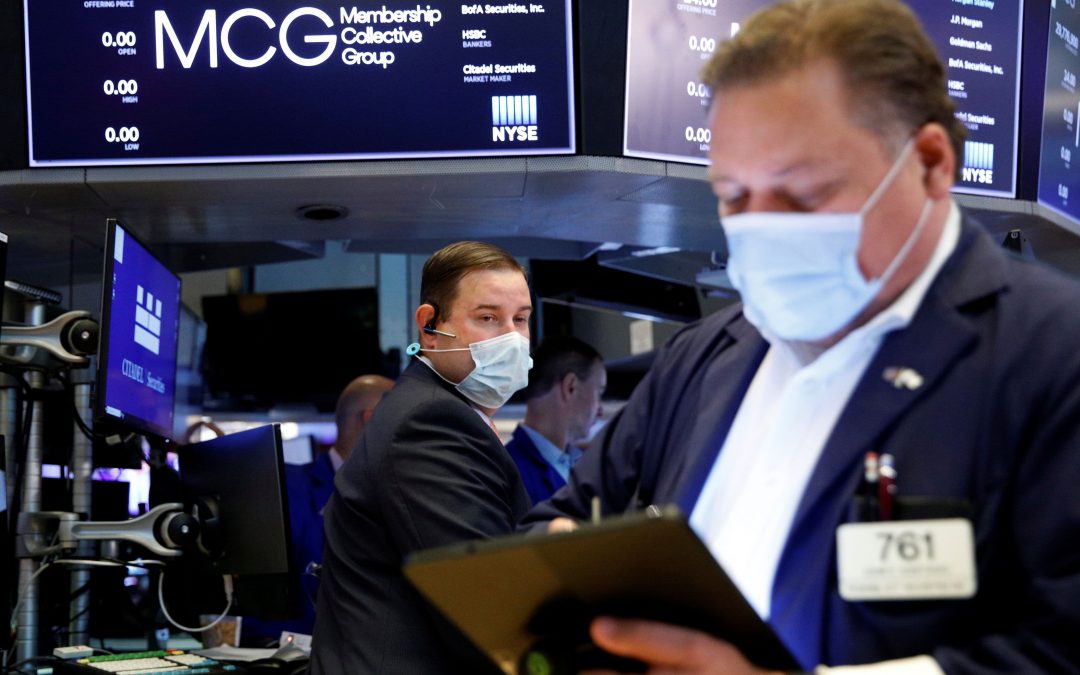 During regular trading the S&P dipped 0.47%, while the Dow shed 85.79 points, or 0.24%. At the lows of the day the 30-stock benchmark dipped more than 260 points. The Nasdaq Composite declined 1.21% for its worst daily performance since May 12. All three major averages finished Monday’s session at record highs.

“Risk sentiment is on edge as pressure continues in Chinese equities,” TD Securities wrote in a note to clients. “This comes at an inopportune time as markets are digesting the pervasiveness of a growth scare,” the firm added. The sell-off for Asian markets came amid an ongoing crackdown from Beijing on tech and education companies.

A host of megacap tech names reported quarterly results on Tuesday after the market closed, including Apple, which beat top- and bottom-line estimates and said iPhone sales jumped 50% year over year. Google-parent Alphabet also posted quarterly results, registering a 69% jump in advertising revenue, while Microsoft beat earnings despite a dip in revenue from its Windows division.

The busiest week of earnings continues on Wednesday with Pfizer, McDonald’s, Qualcomm, Facebook, Ford and PayPal among the names on deck. Of the S&P 500 companies that have reported quarterly results thus far, 89% have topped earnings estimates, while 86% have exceeded revenue expectations, according to data from Refinitiv.

Despite Tuesday’s dip, the major averages are still on track to end the month higher. The S&P is up 2.4% for July, while the Nasdaq Composite and Dow have gained 1.1% and 1.6%, respectively.

“While the delta variant has the potential to spark renewed short-term volatility, we do not think it will pose a major threat to the bull market,” UBS wrote in a note to clients. “Overall, we remain optimistic about the outlook for the economy.”

The Federal Reserve kicked off its two-day meeting on monetary policy Tuesday. On Wednesday the Federal Open Market Committee will release a statement followed by remarks from Chairman Jerome Powell during a press conference.

“We’re not expecting fireworks at this Fed meeting,” noted LPL Financial Fixed Income Strategist Lawrence Gillum. “But we are expecting the committee to go further down the road in discussing the when and how to start removing the emergency level monetary accommodation it has been providing markets.”

The meeting follows comments from the International Monetary Fund on Tuesday that inflation could wind up being more than just transitory.

“We expect Jay Powell to reiterate that the tapering discussion is underway, but that it’s too soon to reveal a specific date on when the initial curtailment of asset purchases will begin,” added Danielle DiMartino Booth, CEO and chief strategist at Quill Intelligence.

“We expect Jay Powell to acknowledge persistent supply chain disruptions as a key cause of inflation, but we also expect him to highlight examples of specific sectors that have seen relief on the cost front, such as lumber and iron ore,” she said.