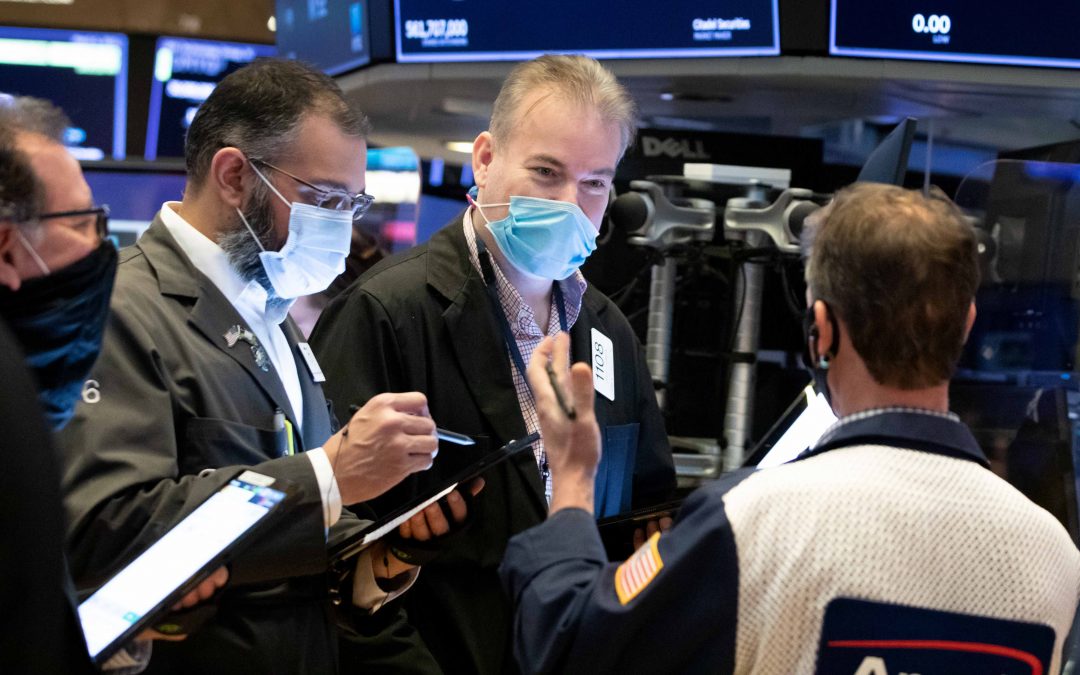 Traders work on the floor of the New York Stock Exchange.

U.S. stock futures jumped on Sunday evening as a new stimulus package from Washington headed toward final passage this week.

The move in futures came after the Senate passed a $1.9 trillion economic relief and stimulus bill on Saturday, paving the way for extensions to unemployment benefits, another round of stimulus checks and aid to state and local governments. The Democrat-controlled House is expected to pass the bill later this week. President Joe Biden is expected to sign it into law before unemployment aid programs expire on March 14.

The fresh round of government spending could cause ripples in the U.S. Treasury market, where the benchmark 10-year yield has risen sharply in recent weeks. The yield rose as high as 1.62% on Friday after starting the calendar year below the 1% mark.

The rapid move in the bond marked has unnerved equity investors as well, contributing to weakness in stocks with high valuations.

Futures contracts tied to the 10-year Treasury price fell 0.2% on Sunday night at the open of trading, implying higher yields.

“10-year yields finally caught up to other asset markets. This is putting pressure on valuations, especially for the most expensive stocks that had reached nosebleed valuations,” Mike Wilson, the chief U.S. equity strategist at Morgan Stanley, said in a note.

The stock market is coming off an afternoon rally on Friday that took some of the sting out of a rough week for high-flying momentum names. The tech-heavy Nasdaq finished with a week-to-date loss of 2.1%, while the S&P 500 gained 0.8%. The Dow, more reliant on cyclical stocks, rose 1.8%.

The Friday turnaround doesn’t signal that the recent weakness for the market is over, but the divergence between tech and cyclical plays shows that the bullish story remains intact, Morgan Stanley’s Wilson said.

“The bull market continues to be under the hood, with value and cyclicals leading the way. Growth stocks can rejoin the party once the valuation correction and repositioning is finished,” Wilson said.

On the economic front, investors will get a look at wholesale inventory data from January on Monday. Several economic measures in recent weeks have shown a recovery that is picking up steam, including a better-than-expected February jobs report released on Friday.