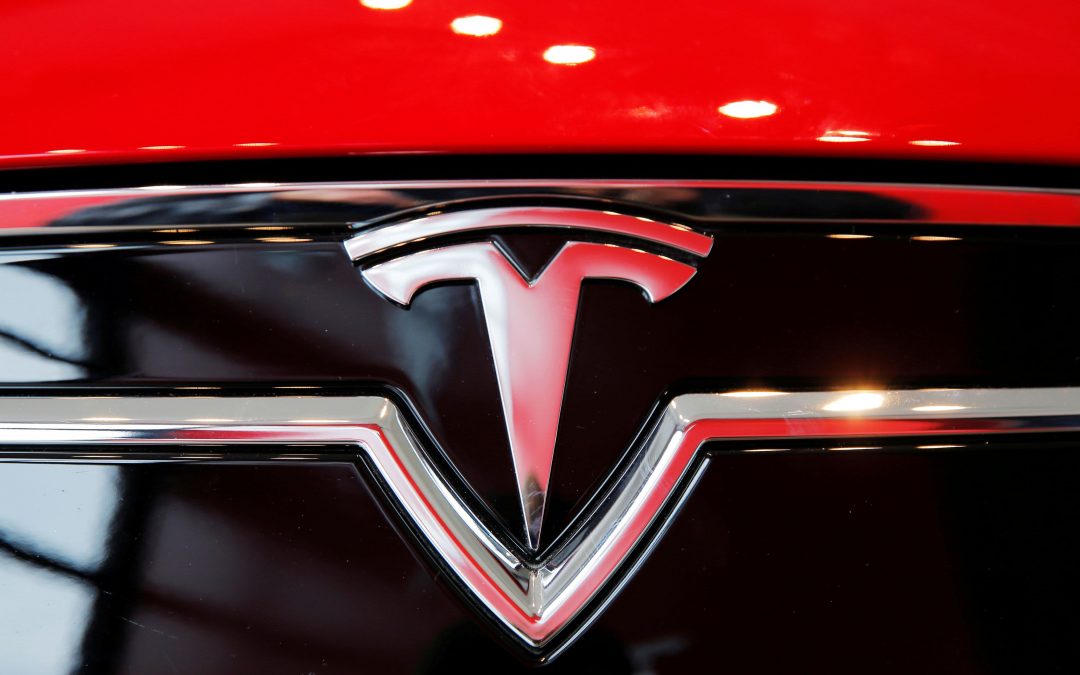 A Tesla logo on a Model S is photographed inside of a Tesla dealership in New York.

Tesla — Shares of Tesla popped 3.7% after Canaccord Genuity upgraded the stock to buy, citing Tesla’s battery innovations. Canaccord also hiked its 12-month price target on Tesla to $1,071 per share from $419 per share. The new target implies a nearly 60% rally for the electric carmaker.

Nuance Communications — Nuance’s share price rallied 16% in midday trading after Microsoft announced that it will buy the speech recognition company for $56 per share, about 23% above where its stock closed on Friday. The deal, another sign Microsoft is looking to grow via acquisitions, is valued at about $16 billion and about $19 billion including debt.

Uber —Shares of the ride hailing giant rose 3.1% after posting record gross bookings in the month of March. Uber said its mobility segment, or ride-hailing business, posted its best month since March 2020, with an annualized run rate of $30 billion. That was up 9% from a month earlier.

Alibaba — The U.S.-traded shares of the Chinese internet giant jumped 9.3% after Chinese regulators hit the company with a $2.8 billion fine. The fine amounts to roughly 4% of Alibaba’s 2019 revenue. The action is part of broader scrutiny of internet companies by Chinese regulators.

United Airlines — Shares of the airline slumped 3.9% after United Airlines announced that it expected to report $3.2 billion in first-quarter revenue, down 66% from the same quarter in 2019. According to FactSet, Wall Street analysts were expecting $3.35 billion.

Chipotle – The chain restaurant’s share price rose 0.6% after Raymond James upgraded the stock to outperform from market perform. The Wall Street firm said Chipotle’s sales have fully participated in the strengthening industry trends over the past tour weeks, adding there’s “significant upside” to stock prices. CNBC’s Jim Cramer said the stock is still a buy, even as it hits an all-time high.

Qualcomm – The chip stock fell 2.2% after Evercore ISI downgraded the company to in line from outperform. Evercore said after Qualcomm’s triple-digit run since the Apple settlement, the lion’s share of the 5G smartphone upcycle is priced into the shares. Qualcomm and Apple settled a royalty and patent dispute in April 2019.