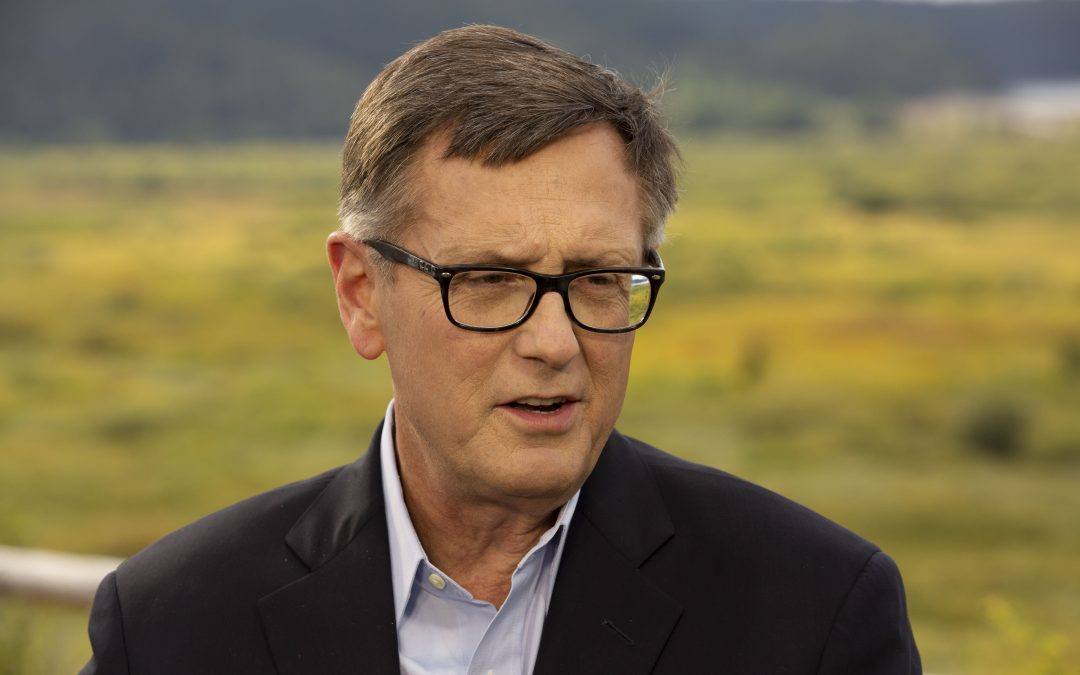 Federal Reserve Vice Chairman Richard Clarida told CNBC on Wednesday that he thinks the central bank should keep its ultra-loose policy in place even as the U.S. economy storms back from its pandemic-era tumble.

In a “Closing Bell” interview, Clarida said he expects the economy to grow close to 7% for the full year, which would be the fastest pace since 1984.

He added that the jobs picture continues to improve, but still needs to progress considerably before the Fed will feel comfortable pulling back on all of the help it has provided since Covid-19 ended the longest expansion in U.S. history.

“We’re still a long way from our goals, and in our new framework, we want to see actual progress and not just forecast progress,” Clarida said.

Last year, as the economy was held back due to efforts to combat the virus, the Fed adopted a new strategy in which it won’t raise interest rates in reaction to a tightening labor market. Instead, the Fed said it will allow inflation to run somewhat hot as long as the longer-run average is around its 2% goal.

That has had substantial ramifications for policy as the Fed has continued to keep short-term borrowing rates near zero and is buying at least $120 billion of bonds each month. Clarida and his fellow officials have indicated that policy won’t change under the current conditions, even if inflation heats up as expected in the coming months.

“As we go into next year and beyond, if there are unforeseen, persistent upward pressures on prices that would move inflation to a level inconsistent with our mandate, we would use our tools to bring it down,” he said. “We don’t see overheating as our baseline. Of course, in any outlook there’s risks.”

Treasury Secretary Janet Yellen, who chaired the Fed from 2014-18, suggested Tuesday that somewhat higher rates might be in order to keep the economy from overheating. Treasury officials rarely offer views on rates, so the comments drew notice in the financial markets.

Later in the day, she walked back those comments, saying she wasn’t making a prediction or trying to offer advice to the Fed. She added that she doesn’t think inflation will become a problem and believes the Fed can act if it does.

“She indicated that she was not predicting or giving us advice on policy, and I’ll take her at her word on that,” Clarida said.

He added that market pricing indicates little fear of runaway inflation and said that there are both upside and downside risk for the economy now.

Consequently, he thinks the Fed should maintain its pace of asset purchases even with its balance sheet nearing $8 trillion and an economy that is posting growth numbers rarely seen since the Great Depression.

“Remember, the shock was very severe, the hole was very deep,” he said. “Having rapid growth is actually welcome when you have eight-and-a-half million Americans who don’t have a job, who did 13 months ago.”

Clarida’s remarks came during a busy day for Fed speakers.

Central bank officials stuck primarily to the script as expressed through the post-meeting statement last week and Chairman Jerome Powell‘s remarks afterwards at his news conference.

They largely see a quickly improving economy that will come with some near-term inflation pressures that probably won’t last. Current policy is likely to remain in place, absent some substantial changes in conditions – primarily that the expected upturn in inflation will come due to easy comparisons to last year’s anemic levels and some supply chain logjams that ultimately will ease.

Chicago Fed President Charles Evans said he expects policy “to remain accommodative for some time.” He expects inflation to stay low primarily because expectations, which he sees as the primary driving force, also remain muted.

Likewise, Boston Fed President Eric Rosengren said the current policy level is appropriate. He cautioned, however, that “policymakers will need to be vigilant” in watching for signs of inflation, primarily wages and prices responding to improving labor market conditions.

Cleveland Fed President Loretta Mester also said there are “upside risks to my forecast,” but added that she will be deliberately patient unless there is clear evidence that inflation pressures will push inflation to exceed our desired path.”