The Fed is unlikely to hint at policy change, despite stronger economy 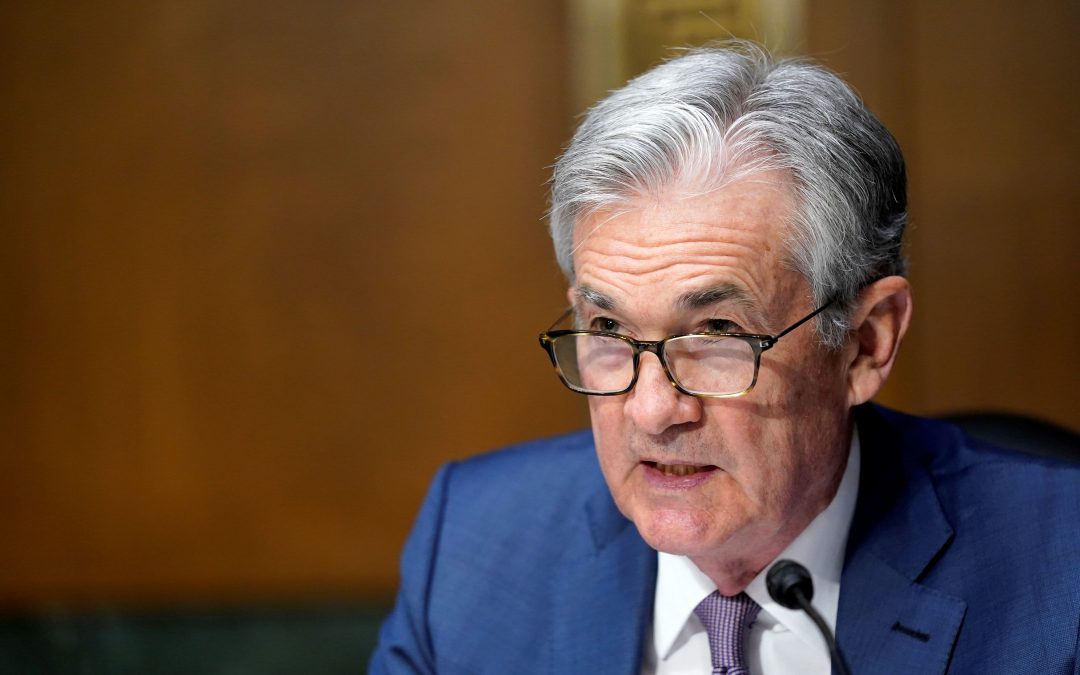 Federal Reserve officials next week are likely to paint a robust picture on the economy while simultaneously not even hinting at policy changes ahead.

Investors increasingly have come to trust central bankers when they say that even with the economy running at its hottest pace in nearly 40 years, they won’t start taking away policy accommodation until it’s clear the recovery is on solid ground.

“The economic outlook is fairly good, as long the Fed keeps its foot on the pedal,” said Randy Frederick, vice president of trading and derivatives at Charles Schwab. “The market has finally accepted that they will.”

The Fed has kept short-term borrowing rates near zero since early in the Covid-19 pandemic, and has continued to buy at least $120 billion of bond-related assets each month. The asset purchases have pushed the central bank’s balance sheet to nearly $8 trillion, or about double its level since the crisis began.

Financial markets, though, have been leery that with economic data getting stronger by the day and inflationary pressures starting to build that the Fed could find itself pressured to start easing off the accelerator.

“They’re providing liquidity that’s going to fuel an economic recovery,” Frederick said. “The challenge is when they decided to pull back on that.”

Clues about when that date may arrive are unlikely to come when the Federal Open Market Committee, the central bank’s monetary policymaking arm, concludes its two-day meeting Wednesday.

Instead, the public is likely to get a statement that will “strike a more optimistic tone on the economic outlook” that “could prove to be the most positive the Fed has released in some time,” wrote Andrew Hunter, senior U.S. economist at Capital Economics.

Like many others on Wall Street, Hunter figures Fed Chairman Jerome Powell and his cohorts to upgrade their view of the economy but stress that it remains some distance away from the “substantial further progress” benchmark the FOMC has set in its recent post-meeting statements.

Powell caught the market’s attention recently when he told “60 Minutes” that the economy has reached an “inflection point” in the recovery. But he also continued to stress the continued strides the labor market needs to make to achieve full employment that is inclusive across income, racial and gender groups.

Similarly, the Fed chair may want to be at least a little coy at his post-meeting news conference about the future policy arc, in particular about potential rate increases and pullbacks in the pace of asset purchases.

There’s an informal consensus on Wall Street that Powell likely will start talking about tapering this summer, with expectation of a gentle rollback in bond purchases by the end of the year.

Goldman Sachs economist David Mericle said he sees “hinting at tapering” at some point in the second half of the year, with a kickoff in early 2022. He projects that the initial reduction will be $15 billion per meeting, compared to the $10 billion per month pace the Fed used during its reduction that began in 2014. The Fed meets eight times a year, so the totals would be equivalent.

Those details, though, aren’t expected to come yet.

“Despite the recent acceleration, we think it is clearly too soon for the FOMC to begin hinting at tapering,” Mericle wrote in a report for clients. “Although Chair Powell has recently begun describing the economy as being at an ‘inflection point,’ … we do not think he means this as a signal about policy.”

Should the Fed decide to start tapering this year, it could start raising rates as soon as late 2022, according to Citigroup economist Andrew Hollenhorst.

“At the April FOMC we expect to see some tweaks to the statement to suggest recently stronger data, but no new formal guidance on tapering. This might come following a strong jobs print for April and/or May, which will both be released ahead of the subsequent meeting,” Hollenhorst wrote.

Traders in the federal funds futures market actually are pricing in a miniscule — 2.8% — chance of a rate increase at next week’s meeting, according to the CME’s FedWatch tool. The prospect rises slightly through the year, with a 10.5% probability priced in by the end of the year.

Looking further out, the market is pricing in a funds rate of 0.23% by the end of 2022, or 16 basis points above the current level of 0.07%. That implies a strong chance of a rate hike. The end of 2023 indicates a 0.42% funds rate, the equivalent of another quarter percentage point increase.