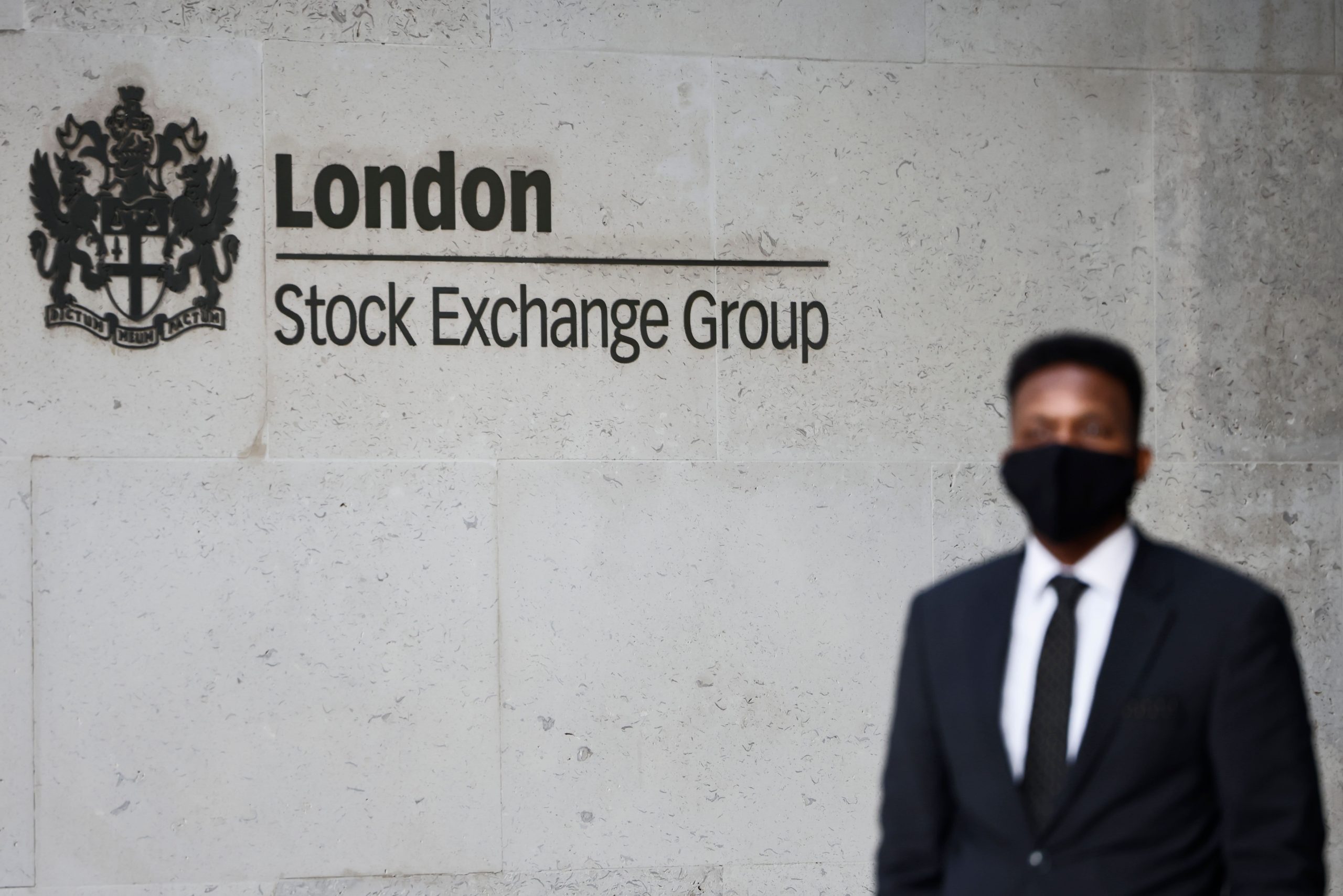 A security guard stands outside the London Stock Exchange building on December 29, 2020.

LONDON — Online reviews site Trustpilot surged in its stock market debut Tuesday, becoming the latest tech firm to list in London in what is shaping up to be a busy year for the city.

Shares of the Danish firm climbed as much as 16% from the offer price of £2.65 ($3.65) Tuesday, which gave the company a valuation of £1.1 billion. The IPO raised about £473 million in total, with existing investors selling 161 million shares and the company itself issuing 17.6 million shares.

Trustpilot’s listing comes a day after Deliveroo set a price range for its own hotly-anticipated float, which would give the British food delivery unicorn a valuation of £8.8 billion at the upper range. The Amazon-backed company’s first day of trading is expected to take place on Apr. 7, according to its IPO prospectus.

It’s likely to be Britain’s biggest IPO since Glencore went public nearly a decade ago, according to Reuters. Moonpig, the online card retailer, went public at a £1.2 billion valuation last month.

The flurry of tech listings will provide a much-needed boost to London’s financial markets, amid fears that the city could lose ground to other European financial hubs like Amsterdam in the wake of Brexit.

It comes as Prime Minister Boris Johnson’s government is preparing an overhaul of London’s listing rules. A review commissioned by the U.K. Treasury urged London to allow firms to list dual-class shares on the premium segment of the stock market.

It appeared to be enough to give Deliveroo the confidence to list in the U.K., as the company announced its London IPO plans a day after the report’s recommendations were published. Deliveroo opted for a dual-class share structure which will gives its CEO, Will Shu, extra voting rights for three years.

“Everyone was talking about Amsterdam until this listing change that was put forward,” Sten Saar, CEO of digital insurance provider Zego, told CNBC. “Everyone put the brakes on Amsterdam to look at the London opportunity.”

“Several founders of companies who are potentially thinking of listing in Europe are now reconsidering those things for London,” Saar, a former Deliveroo executive, added.

The City of London also wants to become a destination for SPACs, or special purpose acquisition companies, which have become commonplace on Wall Street.

Also known as blank-check firms, SPACs are essentially shell companies that list publicly with the aim of acquiring a privately-held business. High-growth tech companies are common targets for SPACs.

Though 2020 was a banner year for SPACs listed in the U.S., Britain has missed out on the boom. One of the key reforms recommended in the U.K.’s listings review is to allow for SPACs that are structured similarly to those in the U.S. A common complaint about London-listed SPACs is that trading gets suspended once a takeover deal is announced.

But there are worries that SPACs could be in a bubble, with U.S.-listed blank-check companies having raised around $88 billion so far in 2021, exceeding last year’s $83.4 billion issuance in three months.

Johnny Boufarhat, CEO of U.K. virtual events start-up Hopin, said that “people keep trying to sell” him the idea of going public via a SPAC, but he is yet to be convinced.

“I have no idea where it came from and why we would do that,” he added. Earlier this month, Hopin reached a $5.65 valuation less than two years since it was founded.

Zego’s Saar said his company had no immediate plans for a listing, but warned that merging with a SPAC “for the sake of doing it makes no sense for any business.” Zego recently raised $150 million at a $1.1 billion valuation.

London Stock Exchange Group CEO David Schwimmer told CNBC earlier this month that there have been signs of “froth” in the U.S. market, and warned SPAC excess “could end poorly” for investors.